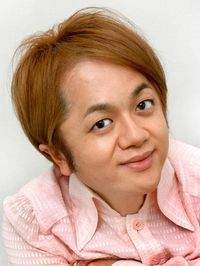 Yoshikazu Mera is a Japanese countertenor. His range is three and a half octaves.

Originally wanting to become a pop singer, Mera now primarily sings classical music from the West but also classical Japanese music. He appears frequently as a soloist with the Bach Collegium Japan, which under its conductor Masaaki Suzuki performs Baroque music.