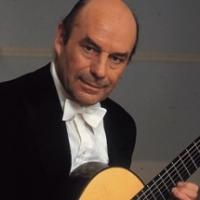 Widely recognised as one of the finest living guitarists, Julian Bream was born in London in 1933 and began his performing career as a session-musician before forming the Julian Bream Consort in 1960. Bream went on to record extensively for both RCA and EMI Classics: his wide-ranging discography includes the Renaissance lute music which he did so much to popularise as well as most of the core classical repertoire for guitar and numerous commissions such as Britten's Nocturnal after John Dowland and sonatas by Malcom Arnold and Richard Rodney Bennett.

Bream was awarded a CBE in 1985, holds numerous prestigious honorary fellowships and won the Royal Philharmonic Society Instrumentalist Award in 1996.

The pioneering British guitarist and lutenist, who catalysed a widespread revival of interest in both instruments and inspired a huge body of new music for guitar, has died aged 87.