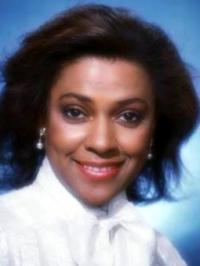 The American lyric-coloratura soprano Kathleen Battle was born in Ohio in 1948 and began her career as an elementary school teacher in Cincinnati, taking singing lessons privately and making her professional debut in 1972 in Spoleto, when she sang the soprano solo in Brahms’s Ein Deutsches Requiem under Thomas Schippers. Schippers subsequently introduced her to James Levine, leading to a long-standing artistic partnership between the two: their recordings together include an album of spirituals with Jessye Norman, a Grammy-winning recital from the Salzburg Festival in 1984, Mahler’s Symphony No. 2 (also from Salzburg), a disc of Schubert Lieder, the Brahms Requiem and Haydn’s Creation.

The friendship also led to Battle’s seventeen-year association with the Metropolitan Opera (where Levine was music director), where she debuted in 1977 in a small role in Tannhäuser and went on to sing over 200 performances, with roles including Adina L’elisir d’amore, Pamina in David Hockney’s production of Die Zauberflöte, Zdenka in Arabella, Rosina in Il barbiere di Siviglia, Susanna in Le nozze di Figaro, Sophie in Der Rosenkavalier, and Zerbinetta in Ariadne auf Naxos. Battle was dismissed from the company for ‘unprofessional actions’ during rehearsals for Donizetti’s La fille du Régiment in 1994, but returned to sing a programme of spirituals in November 2016.

Find out more at https://en.wikipedia.org/wiki/Kathleen_Battle