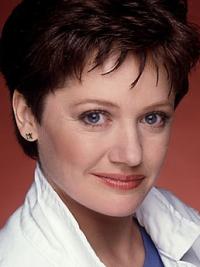 Nancy Argenta was born Nancy Hermiston in British Columbia (she switched names to avoid confusion with another singer of the same name) and studied at Vancouver and Dusseldorf, making her opera debut in 1983 in Rameau’s Hippolyte et Aricie at Aix-en-Provence. She is particularly associated with Baroque and early Classical repertoire, and has worked regularly with John Eliot Gardiner and the English Baroque Soloists (recordings include Bach’s Magnificat, Mass in B minor, Christmas Oratorio and St John Passion, Handel’s Solomon, Monteverdi’s L’Orfeo), Trevor Pinnock and The English Concert (recordings include Vivaldi’s Gloria, Haydn Masses, and Purcell’s King Arthur and Dido and Aeneas), and Sigiswald Kuijken (Despina in Così fan tutte, Zerlina in Don Giovanni).