Recording of the Week,  Baroque instrumental music for Christmas from Bojan Čičić and the Illyria Consort

Christmas without singing? Inconceivable! Surely carols and songs are as central to the celebration of the festival as mince pies and turkey?

Not for Bojan Čičić, they aren’t. His new album with the Illyria Consort assumes that the carollers and choristers have all either gone on strike or come down with the sniffles, and explores purely instrumental works associated with Christmas celebrations around Baroque Catholic Europe. Some readers may be disappointed to learn that Corelli’s well-known Christmas Concerto, while clearly very much present in spirit, is not actually featured on the album; instead we have a widely varied selection of works from Central Europe, bookended by a pair of Vivaldi violin concertos in which Čičić’s solo playing sparkles atop the texture. 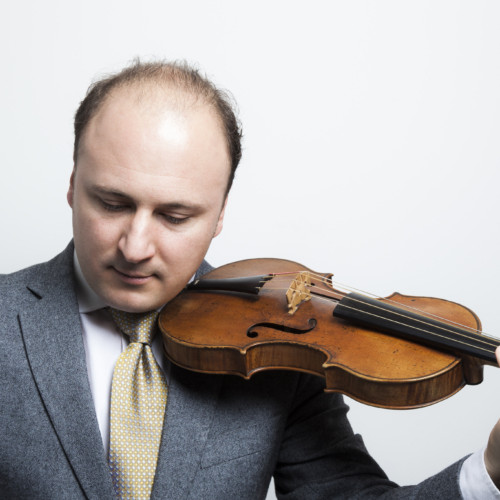 The sound of ‘Baroque bustling’ is a distinctive one to those who enjoy early instrumental music, with lively string motion and florid continuo all churning away, and there are moments in the first concerto (La Notte, RV104) where it seemed to me that the consort were intentionally trying to bustle as much as possible. Who could blame them for a bit of excitability in such exuberant music? Of course, Čičić rises triumphant over all.

The closing concerto, Il riposo RV270a, comes from the opposite end of the spectrum; its performance direction indicating that the harpsichord should be entirely dispensed with sets up a uniquely quiet, even muted, sound-world that contrasts not just with the opening Vivaldi concerto but with the busy, syncopated polyphony of the Schmelzer work that immediately precedes it.

A particularly popular Baroque instrumental idiom – arising out of musical accompaniments to crib scenes, reinforcing sight with sound to tell the Nativity story – was the rustic pastorella, drawing on lilting 6/8 rhythms, drones and simple harmonisations as aural shorthand for the shepherds hastening to the manger. Handel himself, of course, was not above including one as a piece of scene-setting in Messiah. However, the idyllic atmosphere of the Virgin Mary rocking the baby Jesus to sleep is almost wholly absent from the pastoral works performed here – a divergence between Northern and Southern European performance practice that was noted by contemporary writers, who remarked on how brisk pastorales became once one ventured beyond the Protestant North. Accordingly, Čičić gives a distinctly bouncy feel to the 6/8 portions of the pieces performed here; the closing movement of Johann Georg Rauch’s sonata for three violins is unhurried but lilting, while that of Biber’s for solo violin and continuo is positively boisterous and – with the addition of Čičić’s ornamentation – even folksy.

A predecessor of Biber at the court of the prince-bishop of Moravia was Pavel Josef Vejvanovský, a surprisingly adventurous composer whose music is often experimental for his time, but who is represented here by an uncomplicated and upbeat Sonata Laetitiae for two violins and three viols – as the name would suggest, a work that dances with unbridled joy, evoking some popular Central European dances of the time. There’s no definite connection between this work and Christmas performance, but at a time of such celebration, with solemnity giving way for a spell to jollity even in church settings, it’s easy to imagine it being incorporated into a service.

Associated with Vejvanovský and Biber was fellow Moravian Gottfried Finger, whose Pastoralle for three bass viols is one of the few works on this album that may actually have been heard here in England in the composer’s lifetime – Finger relocated to work at the court of James II, and his narratively sophisticated Pastoralle, featuring the hurrying of the shepherds, horn-calls, the drone of bagpipes and a lullaby for the baby Jesus, might have been performed at the inauguration of James’s new chapel around Christmas 1686.

As someone with a substantial stake in the vocal and choral side of Christmas, I would be mad to try and put myself and my colleagues out of a job at this time of year by suggesting we yield the floor to instrumental ensembles – Concerti from King’s, perhaps? – but I can’t deny that Bojan Čičić and his band make their case very persuasively indeed. The whole album sparkles; it’s a veritable box of delights. 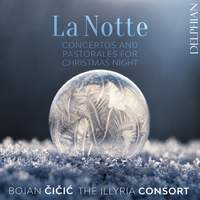