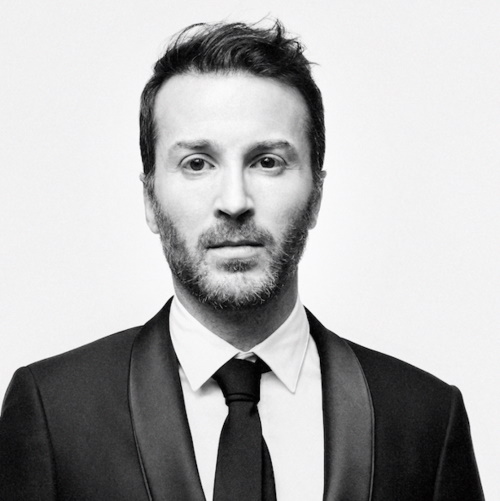 The tenderness and simplicity of his music has touched over half a billion people, but the French-born composer-pianist RIOPY's own quest for joy and contentment has been hard-won: after a traumatic childhood in a secular cult, he experienced homelessness and assault before a British academic recognised his potential and offered the young musician much-needed practical support, and his phenomenal early career successes played out against a hidden background of severe depression, anxiety and addiction.

Shortly before the release of the extended version of his latest album Bliss (which features three new tracks), RIOPY spoke to me with great candour about how adopting a daily meditation practice transformed his mental and physical health as well as his approach to composing and performing, the role which fatherhood played in the genesis of the project, and the many moving conversations he's had with fans who've found solace in his music during difficult times...

We hear the word ‘meditative’ thrown around so casually in advertising and marketing these days – but what does it mean to you in real terms, and how does it play out in your approach to music?

I always say that music saved my life the first time around, and meditation the second time around. It’s now part of my daily routine, and for someone like me who grew up in a secular background that was not something I expected to happen. As with so many things these days, there are a lot of people out there trying to take commercial advantage of meditation and make it trendy – but for me it’s not about the trend, it’s about the process itself. Meditation is a discipline, in the same way that mathematics is a discipline: it’s about rewiring the brain, almost like retuning an instrument, and it’s the most amazing tool. We now have hard scientific data about the many benefits it can bring, which I find absolutely fascinating, and I genuinely believe everybody should do it step-by-step.

How different was your relationship with music before you discovered meditation?

Every time I went on stage I felt like I was dying. I’ll never forget doing two concerts at the Jacqueline du Pré Building in Oxford, where I drank three-quarters of a bottle of whisky beforehand and I didn’t really play - I was deaf to the music, and watching my hands as if they didn’t belong to me. People who are very sensitive are the ones who can get addicted to alcohol and other substances, and I knew I had to change the way I related to my mind and my body: the two are interconnected, and meditation is key to realising that. I had all this energy and expression pouring out of my body, and my head couldn’t cope: what I needed was to get back inside my own body and reconnect it with my mind.

I found that even doing a few push-ups before a performance made an incredible difference, and then I started experimenting with balance-exercises. Now I do yoga, breath-work and meditation before every gig, and when I go on stage I have zero instability and zero pain – what I have instead is the sheer joy of being able to walk out in front of people and play for them. To get to that point I had to change everything about my life: I don’t drink any more, I don’t smoke cigarettes or cannabis, and I practice fasting. It’s a whole protocol that works for me. I played at a festival recently for more than 5000 people, and I had that fleeting thought of ‘Am I going to get anxious?’. No! If you kill anxiety at the root, it doesn’t have to time to grow and stop the energy circulating.

And did your latest project Bliss grow out of that epiphany?

Absolutely: I basically see these three albums [RIOPY, tree of light, and Bliss) as a trilogy, and I wanted to add these three tracks because for me they have a real synchronicity. I really do believe in synchronicity and serendipity, because you never know what’s going to happen from moment to moment: scientific research has shown that most things come from our subconscious rather than conscious mind, so the question for artists (and for everyone, really) is 'how do we make the subconscious conscious?'. And my entire mind-body regime is the key to that for me: I don’t know what the future holds, but what I do know is how to be here in the present moment.

And ‘bliss’, to me, is that state of being fully inside that present moment without fear – for most of us there is fear in the future and there is fear in the past, but right here and right now? Not so often. I started this Bliss project when I became a dad: I wanted to create something joyful from all those incredible moments with my two little babies, and the titles of the pieces reflect that – ‘Joy’, ‘Epiphany’ and so on. There’s one track which I wrote a long time ago and originally I didn’t want it to ever appear on an album, because it felt so sacred for me, but suddenly it felt like it had a place here.

Tell me a little about the three new tracks on the extended version of the album...

The first new track is ‘Human Compassion’, which is all about feeling: it’s in a minor key and uses a lot of sevenths, which we often associate with the Blues and with struggle. But then we have ‘The First Waltz’, which is uplifting and positive and full of energy. And ‘Fantasy’ is almost like a baroque piece and reflects that mind-body relationship I mentioned earlier, because of the connection between the two hands. It’s not like ‘The First Waltz’ where you have a very dominant melody and could take the left hand out of it altogether: instead, in ‘Fantasy’ you have two hands playing together with a perfect common rhythm, and if you miss that then the piece no longer makes sense and almost doesn’t exist anymore. That’s why I wanted to call it ‘Fantasy’: not only to evoke the tradition of classical fantasies but also to suggest something outside reality.

What's your compositional method like? Do you generally work at the piano?

I try a bit of everything, but most of the time inspiration comes when I centre myself and tap into my inner state. But I also love just sitting at the piano and trying things out, and sometimes taking a piece of paper and playing around with numbers will unlock something. Or perhaps you hear something in the space around you: it could be as simple as the rhythm of someone walking, or a bird calling another bird and then a third arrives and suddenly you have harmony. I think everything that’s alive can inspire music: if you tune in and listen, the world is like a big symphony!

I’m so interested in the difference between what we might call ‘intellectual’ music and music as force of nature: what we sometimes describe as the distinction between the right brain and left brain. Our intellect doesn’t create – intellect analyses, and it’s the right brain which is more associated with creativity, but how do we bring that into reality? I’m fascinated by how we can access that state of creativity, and like so many musicians (rock, classical, you name it) I spent a long time believing that you have to do something or take something to make it happen: drugs and alcohol might buy you a temporary relief from the physical and emotional pain that stops you creating, but a few hours later it’s back stronger than ever and the struggle is even harder.

That was what I thought I needed to do for a long time, and it was a horrible way to live – I was still working, sure, but I was struggling and depressed. But now I don’t think like that at all, and when I look at my album tree of light I see an album which was made without being in a state of pain.

Your music has now had half a billion streams - have you had any encounters with fans which you've found particularly affecting?

It’s quite incredible to think that so many people are being touched by my music, and I have so many stories that it's hard to choose. A young boy came up to me after a concert in Germany and told me he’d lost his brother recently: he introduced me to his sister-in-law, and told me that they played my music to him when he was in a coma and his body was reacting to it.

Something like that happens after every single gig, and I would never change it, but it’s a big responsibility – on the one hand it’s beautiful to hear that I’m helping people, but on the other it’s devastating to hear about all this pain. When fans send me messages it’s very personal and super-emotional: there’s a lot about loss, and that’s very intense.

And who inspired and supported you during the painful periods in your own life?

Michael Freeman [the British academic] was the first man to believe in me, and I’ll never forget his support and kindness: his name couldn’t be more appropriate! Then there was Chris Martin (of Coldplay), who gifted me a piano. And my wife, of course, who played a big part in keeping me alive through some very dark times. But there are so many people who’ve supported me along the way that it almost feels wrong to name individuals: none of us travel alone, even if we feel like we do sometimes, and so many helping hands are extended on our journey. Especially now that I have a lot of young people playing my music, I hope I’m reaching out in return. 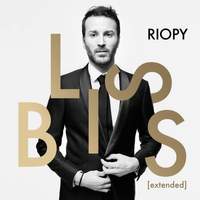 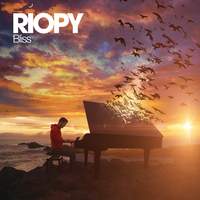 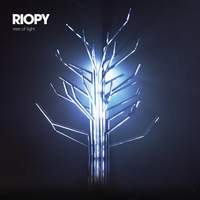 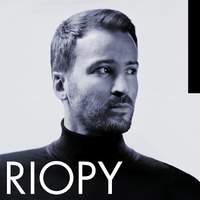