Interview,  Andrew Nethsingha on The Psalms 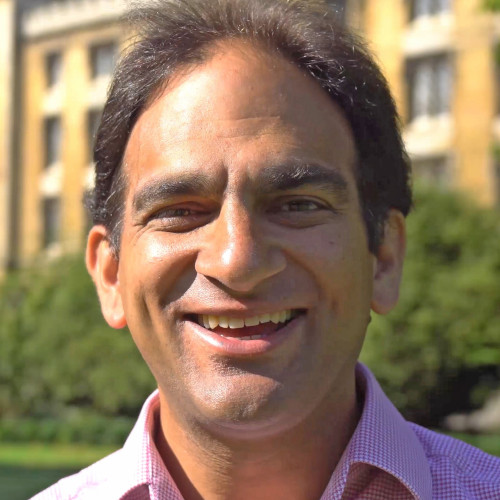 When, some months ago, Andrew Nethsingha of St John's College Cambridge mentioned that his next album with the choir would be devoted solely to chanted psalms, it came as a pleasant surprise. While beloved by church musicians and servicegoers alike, psalm-chant is an unobtrusive element of church liturgy often overshadowed by the splendour of an anthem or the drama of a canticle setting, and the decision to place it in the spotlight was an unusual one.

Yet, as Andrew explains, psalm-singing has every right to be the focus of attention; it is central to the musicmaking that goes on in countless churches and cathedrals around the world. Not only does it help to instil key skills in singers and organists (likened sometimes to chamber music in terms of the closeness of the musical ensemble), but it also brings life to a body of time-hallowed poetry that runs the full gamut of emotions, from the depths of anguish to exultant triumph, often deploying vivid imagery along the way.

The following interview, and in particular Andrew's thoughts on taking up his new post at Westminster Abbey, were recorded a few days before the death of Elizabeth II was announced.

Compared to your other albums with St John’s choir, this one devoted wholly to psalms seems more personal, even niche. How did this idea take shape (and did you have to overcome any skeptical voices to make it happen)?

No, nobody objected at all - if anything, it was me who needed persuading, not the other way round! Psalms are at the heart of our choir’s musical identity. They inform everything else we perform - technically, musically and emotionally. They are the best medium for a choir to communicate directly with members of a congregation.

You’re right it’s a rather personal album. Psalm-singing was very important to George Guest; his Argo LP recorded in 1977, ‘Psalms of Consolation and Hope’, has long been one of my favourite recordings. The Choir St John’s has continued to sing psalms in a distinctive way ever since, highly influenced by George. Psalm-singing is a very individual thing; no two choirs do it the same way, but I’m always thrilled if Christopher Robinson or David Hill come back and conduct a psalm here, their conducting fits just like a glove - I’m very proud of the continuity.

For well over a decade people have been suggesting that we should record a disc of psalms. I was very nervous, because they mean so much to me - to us - and how could one possibly sing them well enough? Eventually I agreed and I’m very glad I did, especially since I’m now moving on from St John’s. In psalm-singing, the chemistry which each choir director has with their choir is unique. The King’s psalm discs with David Willcocks, from the early 1970s, are a good example. Of course I now wish I could make a second disc of psalms at St John’s, because I would do it differently - and better - but that is how one often feels after making a recording!

For those who may not be familiar with this unique musical tradition – briefly, how does Anglican psalm-singing work, and what should listeners keep an ear out for?

We use the version of the psalms from the Book of Common Prayer, i.e. the sixteenth century translation by Myles Coverdale. They are sung to a recurring pattern of chords, known as the psalm chant. Most chants contain a sequence of twenty chords - this is called a double chant, and it provides music for two verses of the psalmody before repeating. There can also be single or triple chants, which repeat the music every verse or every three verses. The repetitive nature of the music can create a hypnotic effect. Singing Anglican Chant is one of the most sophisticated art-forms in choral music (and, for some of us, the most beautiful) - it is hard to summarise the tradition in one paragraph, but I have written 2,500 words on the subject in the booklet note for the album.

Your colleague Daniel Hyde at King’s has mentioned that he sees Gregorian chant as helping to instil good musical habits in his singers. Do you think the same thing is true of chanted psalms?

I’m interested in Dan’s comment about Gregorian chant. He’s totally right, of course. And to take another example, the fine singing of Westminster Cathedral Choir benefits hugely from all the plainsong in their daily repertoire.

I’ve heard an eminent colleague say ‘you can judge a choir by its psalm singing.’ Others say: ‘if a choir can sing the psalms well then everything else just slots into place.’ There’s a lot to be said for both those points of view. If you can shape a musical phrase and a line of text in a psalm, then you can transfer all those skills to the canticles and anthems. I want a choir to be like a large chamber music group - cultivating a deep musical empathy between all the singers.

Good psalm-singing requires all the obvious things like good ensemble, balance, vowel sounds, tuning, control of dynamics etc - but there’s far more to it than that. One has to think about the character of each verse - the psalmist’s mood can change within just a few words. The length and weighting of each syllable, the pacing and tone colour of each phrase - these need to be judged in a way that best communicates the inner meaning of the words. If done well, it can be as subtle as the finest Lieder singing. Moreover, each singer needs to be thinking the same way - and there needs to be the potential for spontaneity; the singing should never sound calculated or clinically prepared. Of course one never quite achieves these high aims, but it’s good to try!

There’s a long tradition of word-painting in organ accompaniments to psalms to add character and variety to the music; vivid imagery like that of Ps 148 is a particular gift to the imaginative organist! Where did this practice first arise?

I imagine that organ accompaniments began to get more colourful and characterful in the late nineteenth-century as cathedral organs became more orchestral in their palettes of colours - the kind of organs built by Henry "Father" Willis. There are many ways in which the organ can be used, but it must never distract attention away from the text. Organ counter-melodies can be very alluring and there is great poetry to be achieved through subtle soft colours.

Psalm-chants look so simple on the page, but of course they have a profound impact on the words sung to them. What would you say makes a successful chant – and have you ever been tempted to compose a chant of your own?

Firstly, I haven’t been tempted to compose a chant of my own; there are enough good ones which other people have written!

Writing a good chant is far harder than people think! Psalm chants need to serve like a blank canvas onto which the words can be written, yet the finest chants lift the words to a higher level of emotion and drama. Some chants need to be chameleon-like, able to change colour. A good psalm chant should not draw attention to itself. Rather it weaves its magic in the background. Harmonic progressions must be both beautiful and logical in order to stand up to numerous iterations.

Most psalm chants are divided up into four ‘quarters’. The pitch contours of the different quarters contain their own recurring rhetorical devices. When one adds the parallelism and poetic richness of the psalms themselves, the overall effect can be intoxicating if one is in a receptive frame of mind.

You’ve recently been appointed as Director of Music at Westminster Abbey – what would you say are your abiding memories of your time at St John’s, and what are you hoping to achieve at Westminster?

I’ve been hugely fortunate to work at St John’s for over 15 years (or 18, if you include my years as Organ Scholar.) To take over from three of my idols - George Guest, Christopher Robinson and David Hill - was amazing, if distinctly daunting! There’s no better building in the country for Anglican choral singing - the warmth and bloom of the acoustic, the ability to project clearly whether the music is fast or slow, loud or soft, accompanied or unaccompanied. The rehearsal time is generous, there are superb singers and organ scholars who are the same every day, the College School is second to none, I have wonderful colleagues in both School and College. We’ve done excitingly varied repertoire together, including many commissions and recordings. I’ve been on about 35 choir tours with the choir. It’s been a quite extraordinary privilege.

As for Westminster Abbey - well, there’s another extraordinary privilege coming up. To take over from James O’Donnell is a great honour - he has been in Westminster (at the Cathedral and then the Abbey) for forty years. There is no one in the world who has achieved more in church music during those forty years. And his predecessors were rather talented too - Gibbons, Blow, Purcell and Preston, to name but four!

What am I hoping to achieve? Well, ask me again in a few years. The first thing is to find my feet, to build a musical rapport with my new musicians, and to prove worthy of the honour of leading the Abbey through the next chapter of its musical life. There will be so much to be inspired by there - the extraordinarily beautiful building (the location of every Coronation since 1066), a warm and friendly new group of colleagues, some of the finest singers and organists in the land, the unique Abbey Choir School. There’s also a great sense of responsibility which goes with the job. I will do my best…! 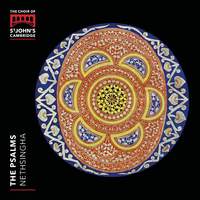 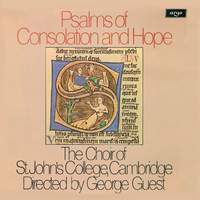 The 1977 album from St John's conducted by George Guest and with John Scott at the organ.