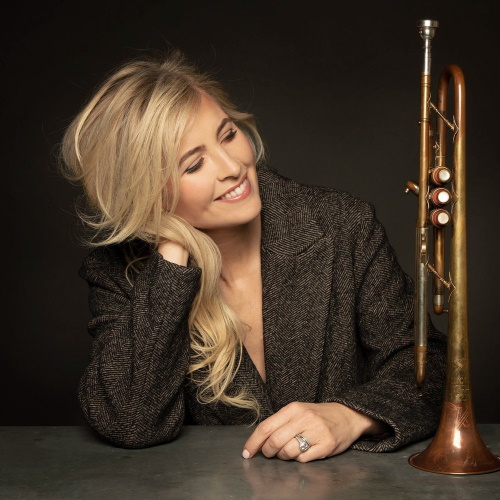 Featuring music by Copland, Bernstein, Gershwin, Ives and Rodrigo via Miles Davis and Gil Evans, Alison Balsom's Quiet City explores what the British trumpet-player describes as the 'delicious melting of boundaries' between classical and jazz in mid-twentieth-century America, and featured as our Recording of the Week at the end of last month.

Alison and I spoke shortly before the album's release about her long-standing love for the Copland piece which gives the album its title, the two legendary players who would win golds at the 'Trumpet Olympics', reworking Gershwin's Rhapsody in Blue with pianist Tom Poster and arranger Simon Wright for the project, and the special qualities which an old instrument belonging to her 'polymath' uncle brings to the Gil Evans/Miles Davis pieces on the recording...

Were the ‘quiet cities’ of lockdown a catalyst for this project?

In hindsight it probably was partly inspired by lockdown – but at the time I didn’t think of that, because Copland’s Quiet City has been with me all of my trumpet-playing life. When I discovered the piece as a teenager I thought ‘Oh yes, this is the character of the trumpet that really resonates with me’. As trumpet-players we have much less great repertoire than many of the other instrumentalists, so when we do have something of this quality it feels even more precious.

I’ve wanted to record the piece for such a long time, and this felt like the right moment for various reasons. I definitely felt an enormous sense of privilege and gratitude that we could gather lots of musicians in a room to create this amazing piece, something we took for granted before lockdown - I don’t know whether you can hear that in the disc, but we certainly felt it! Each of us had had our own individual experience of being separated from others, and yet there are works of art like the Copland which sum it up for everyone.

Even when I was much younger, Quiet City always conjured up a very strong visual image for me: the idea of looking out of a window of a New York apartment and seeing people in the distance but also feeling so alone. It’s not necessarily sadness, but a sense of isolation which the trumpet captures so well. And of course that relates to the experience of being a soloist, too - you’re playing with other people and connecting, but at the same time you’re on your own! You get a similar sort of thing in Lonely Town as well, that late-night feeling where the city was busy and bustling, but now everyone’s asleep and you’re just left alone with your thoughts…

Where did you record the album, and how much of a role did physical distancing play in the process?

We were at Milton Court, which is a fantastic acoustic for the trumpet and strings - it’s a beautiful wooden space and has a real warmth to it. And we’re not embarrassed about the microphones: they’re part and parcel of the beast you’re creating, and we really enjoyed playing with different positions for this programme. For the Ives I was standing fifteen metres away from the strings and the main mics were in the room capturing a lot of resonance, but you can’t play those Gil Evans/Miles Davis pieces later on in the disc without almost touching the mic. There were takes where I had to stop because I banged it with the mute of the trumpet!

I used my C trumpet for the Gershwin and Copland. When I was a kid I played the B flat trumpet exclusively, but while I was studying at the Paris Conservatoire I started on the C trumpet, and that sort of became the trumpet for me. In Paris the trumpet is treated almost like a woodwind instrument: of course it’s just a tone higher in pitch, but it’s got a slightly more focused sound that’s much more soloistic and feels exactly right for that American classical repertoire.

For the Evans/Davis pieces, I decided to use my uncle’s copper-belled trumpet, and it was so much fun to play on an instrument that I wouldn’t normally go near on a recording! It’s a beautiful trumpet, but it’s also very old and noisy: it doesn’t have the triggers that you get on modern trumpets to allow you to tune as you’re playing, and the sound is very airy so I think it may even have had a little bit of a leak as well! It really made me put aside my classical background and just make the sound that I imagined Gil Evans wanted for this orchestration.

Which jazz trumpeters particularly inspired you as a young musician?

I always joke with my friend Simon Wright (who’s the arranger of the Gershwin on the album) that there would be a lot of competitors at the Trumpet Olympics! But I do think Miles Davis approached the instrument unlike anyone else who’s ever lived: he was a very cerebral, esoteric person, and he channelled all of that deep thinking into his playing.

The other trumpeter who inspired me greatly who plays a different instrument is Dizzy Gillespie. He had immense power in the upper range (hence his nickname!), but it was his middle register that absolutely stabs you in the heart – it’s so intimate and sophisticated and suave, but it’s also so vulnerable and communicates with you so directly. These people made me think ‘This is just the best instrument ever – I’ll never be able to achieve what they’ve achieved on it, but let’s go and explore what I can do!’.

Did you ever consider going down the jazz route yourself?

Not really! I had so much admiration for these guys, but I didn’t ever feel the need to copy what they were doing: when I first discovered them I was doing my grade exams at school and had some really great formative experiences of hearing the English Chamber Orchestra in Mozart and Haydn and Bach, which just felt like it was my path. My first trumpet-teacher was actually a jazz-player, but he didn’t teach us in a jazz way – I remember us playing little Bach chorales in our brass group when I was about seven, and I just found so much joy in that. But I’ve always loved to take inspiration from lots of different genres and sort of disregard the labels: I understand why they’re there, but there’s really only two types of music - good and bad!

This recording feels like a delicious melting of those boundaries – Gershwin, Copland and Bernstein wouldn’t call themselves jazz composers, but they had a great respect for jazz, and likewise Gil Evans and Miles Davis had an immense respect for the classical canon. Evans orchestrated in a very classical way and Gershwin wrote in a very jazzy way, and I wanted to focus on the place in the middle where they meet: mid-twentieth-century America was a kind of paradise for the trumpet, because jazz was exploding and the composers were travelling internationally and being really open-minded with their conversations with each other, and that’s what the album celebrates. As someone who would probably be described as a classical trumpet-player who loves jazz, it felt like this was an honest and authentic place for me to get involved.

How much input did you have into the wonderful new version of Rhapsody in Blue?

It was a bit of team effort, although Simon Wright did the lion’s share of the whole thing – he’s the one who deserves all the credit for the fact that it actually works! My idea was not to remove the piano part, just to intersperse the trumpet line with it, and still have the big orchestra with jazz band – the works! When I found out that the piece was out of copyright I was all ready to go…but it turned out that it was only two-piano original, not the Grofé orchestration!

So I went to Simon and my friend Tom Poster, and explained what I had in mind: at first they both thought I was nuts, but after about fifteen minutes they got where I was going with it! That meant doing an entirely new orchestration, and anything that sounds similar to the Grofé has been arrived at from the piano duet original – it’s just coincidence that Simon happened to make the same decision as the original orchestrator.

I always knew exactly what I wanted to be playing, with the exception of that great opening tune – initially I said ‘I’m not going to play that, I think we’ll leave it in the orchestra…’ But eventually I changed my mind: come on, you can’t do all these fireworks and acrobatics and then pass that up! Tom also enjoyed the opportunity to rework some of his part, and then we gave it to a couple of great arrangers to get their feedback.

I tried to do something similar with the Copland too - I want those cor anglais lines for myself! I knew there was an early version for eight musicians where the trumpet-part was bigger, so I went to the publishers and asked if I could explore a version where the trumpet does more, but sadly they said no! With Bernstein there were a couple of cor anglais lines in the background, and I just put those on the trumpet – the trumpet voice becomes a bit more consistent through the track, but the basics are essentially the same.

This is the first of five planned new albums with Warner Classics – can you share any details about what’s next?

I’ve had quite a few people say ‘Wow, that’s a lot of music that you’ve got to find!’ And my reaction is ‘No, it’s easy - I could come up with eight albums today!’. If you find the sweet spot for the trumpet where you can commission, arrange things and find some original works, it still feels like fresh unexplored territory to me. There’s so much that we could do…

I’m deep in the preparations for the next project, which is going to be a baroque album but on piccolo trumpet – sort of a sequel to the Italian concertos recording that I made more than ten years ago. I’m enjoying that immensely: it uses a different part of my brain to Quiet City, and I like that! 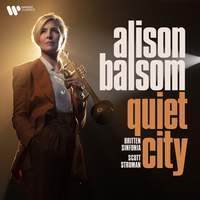