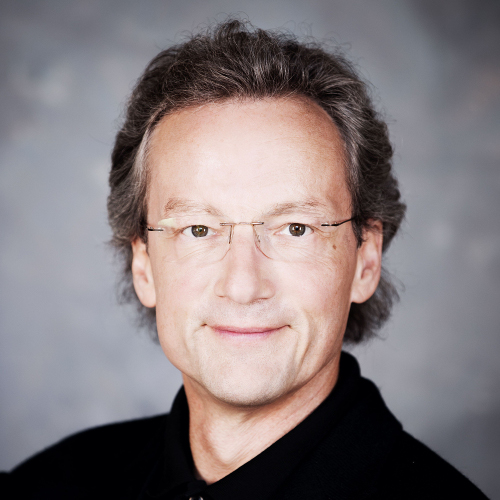 It's almost exactly two years to the day since the Cleveland Orchestra launched their own record-label in some style under the baton of their Music Director Franz Welser-Möst: recorded during the orchestra's hundredth-birthday celebrations, A New Century featured a superb account of Richard Strauss's Aus Italien alongside music by Beethoven, Prokofiev, Varèse, Staud and Deutsch. The 3-disc set met with widespread critical acclaim on both sides of the Atlantic: Fanfare declared that 'the best performances are shattering in their virtuosity, and Welser-Möst is captured at his peak', whilst BBC Music Magazine mused that 'the empathy and expressive latitude Welser-Möst has added actually make you wonder if the orchestra has ever sounded better'.

Strauss is a composer particularly close to Welser-Möst's heart, and this Friday sees the release of a triptych of his tone-poems, comprising Macbeth, Don Juan and Till Eulenspiegel. Amid preparations for the orchestra's concert-performances of Verdi's Otello last month, he took time out to chat to me about how his lifelong affection for Strauss's music was ignited in his teens, how the Cleveland Orchestra has evolved under his leadership, and why the orchestra's home at Severance Hall is 'the absolute perfect setting' for some of Strauss's most magical moments...

What was your first introduction to Strauss’s music?

It all started with my mother, and with the opera-house: I grew up in the times when there was no YouTube and no CDs, and we had a few recordings at home but not opera. My mother studied agriculture at the University of Vienna, but she was always a great music-lover: her favourite opera was Der Rosenkavalier and I remember her often getting standing-room tickets at the Wiener Staatsoper when I was at primary school. In those days they were based at the Theater an der Wien because the opera-house was bombed out, and she heard people like Lisa della Casa and Elisabeth Schwarzkopf as the Marschallin and Otto Edelmann as Ochs.

As a kid I always wondered what this Rosenkavalier was and why it was so special, and eventually I heard the piece for the first time at the opera-house in Linz when I was in my teens. I was really taken with it, and a little later I heard my first Also sprach Zarathustra, Ein Heldenleben, Don Juan and Till Eulenspiegel at the concert-hall there…that kind of sound-world immediately spoke to me.

Do you have any theories as to why Macbeth has never enjoyed the same popularity as the other two works on the recording, and how much do you think this early work points the way to the mature tone-poems?

As a young conductor the first things you want to tackle are Also sprach Zarathustra, Don Juan and Till Eulenspiegel, because that’s the Richard Strauss we all know and love. Over the years I started looking into everything else he wrote, and I came across Macbeth through Neeme Järvi’s fantastic recording with the Royal Scottish National Orchestra as well as through the famous box-set of the complete orchestral works from Dresden. Initially I wasn’t so sure about the piece, but then my ambition kicked in and I wanted to get to grips with it!

I remember that when we started rehearsing it here in Cleveland it took us a while to really get inside that music, but once we got to the September sessions they really enjoyed it! When you look at the score of Macbeth you can certainly tell that he struggled a bit with writing it, and there’s so much of the early Strauss there: it’s a little like when you look at the string quartet and think ‘Beethoven might’ve written that’. He was clearly looking to the past (particularly to Beethoven and Mendelssohn) in parts of Macbeth, but there are other passages where he’s already heading towards pieces like Don Juan and Till Eulenspiegel, so finding the right approach for each individual section is the main challenge.

You’re celebrating twenty years as Music Director in Cleveland next season: what sort of changes have you seen in the orchestra over the course of those two decades?

I was hired simply because I had a vision for the orchestra, and having a vision for any organisation means you have to implement several things – some short-term, some mid-term and some long-term. The biggest artistic investment you can make as a conductor is hiring new musicians, so that is where the administrative focus has to be: I’ve now hired over 50% of the musicians in this orchestra, and every single time you audition somebody you have to have a clear idea of what you want. It’s not enough to simply hire the person who plays best at audition: you have to look for a certain approach and mentality towards music-making, because orchestras are all about team-work and not every great instrumentalist is a great team-player.

I also brought opera back to Cleveland, and I did that simply because I wanted a warmer, more singing sound from the orchestra – the best way to learn is by listening, because a musician’s natural response to hearing a great sound is to try and emulate it! In this case the orchestra learned to really sing by copying great singers, and we’ve had some truly wonderful casts here over the last twenty years. Right now we’re doing Verdi’s Otello, which is our twentieth opera together, and in between those performances we’re doing a programme of music by George Walker and Sofia Gubaidulina.

Do the acoustics at Severance Hall pose any particular challenges (or indeed advantages!) for Strauss’s music?

The acoustics are simply amazing. I’ll give you an example: many years ago we did a piece by Kurtág, most of which is very soft. We had some players standing way up in the back of the balcony because that’s the way it’s written, and I could actually hear them breathe! So the acoustics here have a special intimacy, but also a combination of warmth and clarity which is pretty unmatched in this world. A hall is the instrument an orchestra works with: the Wiener Philharmoniker sound comes very much from working at the Musikverein, and our sound comes very much from being at Severance.

You’re probably familiar with Russell Johnson, who invented the echo-chambers at Symphony Hall in Birmingham – well, here at Severance there’s another shell behind our main shell, which acts as an extra resonance-room. I don’t know how they figured that out in 1930, but the effect is just extraordinary. It creates a kind of transparency so that you can hear everything in the score, but at the same time it all blends so beautifully and there’s a lovely silvery shimmer to the sound – it’s the absolute perfect setting for that magical moment in Der Rosenkavalier when Octavian comes in to present the Silver Rose…

Do you have plans for further concert-performances of any of Strauss’s operas in Cleveland?

I've done so many of the Strauss operas here in Cleveland and at Salzburg, but I’m still discovering new things: one of the pieces I’ve never done is Capriccio, so that’s definitely on my list. I find it so interesting that we all go through phases in terms of the music that speaks most strongly to us: when you're young you have your Tchaikovsky phase, your Mahler phase, your Wagner phase, and that’s all good! My ‘Richard Strauss phase’ has lasted my whole life so far, but the older I get the more I appreciate his music because it’s much less egocentric than, say, Wagner’s music. It’s something which is always on my mind.

How involved were you with the orchestra’s decision to launch its own label, and how does recording ‘in house’ like this differ from working with a third-party label?

I discussed this a lot with our president and CEO André Gremillet and with Mark Williams, who was our Artistic Administrator at the time and has since moved onto being CEO at the Toronto Symphony. Rather than entering into sometimes painful discussions with a label, it just gives us the freedom to do what we want to do. For us it’s very important for these CDs to show the world what we do here at home – what is the Cleveland Orchestra about? An important angle in our programming in Cleveland is that we want people to be curious: we try not to foster that mindset of ‘Oh yes, I like Beethoven Five - let’s hear that again!’. (Beethoven Five is a masterpiece and of course we do play it - just not every single year!). That’s why you find lesser-known pieces on our recordings, be that contemporary music or works like Macbeth or Aus Italien which aren’t recorded that often.

I believe there’s so much great music out there, and I love that our audience here isn’t afraid of turning out to hear something that’s unfamiliar. When we celebrated our centennial we played the Turangalîla-Symphonie to a packed hall, and at the beginning of this season we did the Korngold Symphony in F sharp, which the Cleveland Orchestra had never played in its entire hundred-year history; musicians and audience-members alike came and said ‘Wow, that’s a great piece!’. I love it when people discover something they like, and we have such a great, sophisticated audience here - they might not know these pieces when they first look at the programmes, but we’ve built up such enormous trust that they know that whether a piece is newly-written or older and neglected we’ll always give it our best shot. 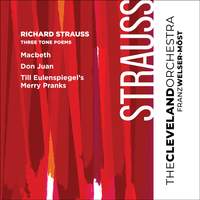 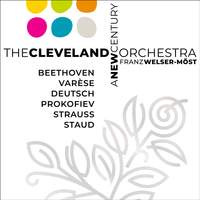