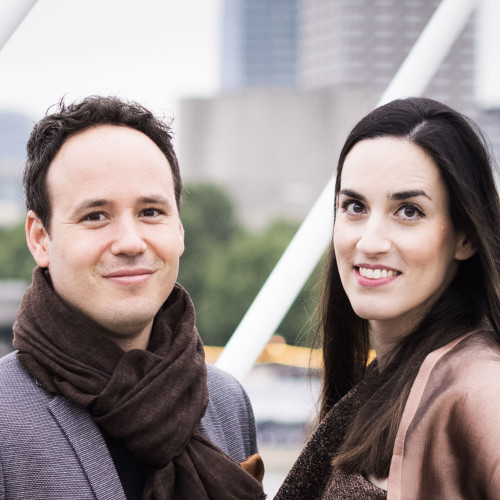 Works for two flutes and piano are a corner of the repertoire that can sometimes be overlooked - other instruments, both in pairs and individually, often enjoy the lion's share of the attention.

But it wasn't always so; in the nineteenth century, brothers Karl and Franz Doppler enjoyed a highly successful touring career as a flute duo, with Franz writing numerous works for them to perform that exploited to the full the growing technical capabilities of the instrument. These, together with an extensive trio for two flutes and piano by Friedrich Kuhlau, are the focus of a new album by flautist couple Noemi Gyori and Gergely Madaras.

The album itself represents a convergence of Gyori and Madaras's two distinctively successful careers as solo artists in their own right – and indeed grows out of a decades-long musical and personal relationship, which the duo discuss in a short documentary:

Noemi and Gergely were kind enough to share some of their thoughts on the factors that helped to shape this unique and under-performed repertoire...

Many instruments underwent considerable change as the Industrial Revolution improved manufacturing. Where do Kuhlau and the Dopplers lie in terms of the flute’s evolution into its current form – does their writing take advantage of any technical innovations?

Gergely: As you rightly say, the flute underwent remarkable changes two centuries ago. The modern flute seems almost like a different instrument compared to its baroque predecessor. Its design, material and technical capabilities and, consequently, its sound, potential for dynamic gradations and intonation are significantly different from what went before. Theobald Boehm, the most important figure in the development of the modern flute, who was not only an inventor but also a wonderful flutist. He created an improved instrument with a conical bore then, in 1847, introduced the cylindrical Boehm flute, similar to the instruments we use today. The changes his new designs introduced were not only substantial in how they affected the flute’s characteristics, but also in terms of how the instrument was played – fingerings and the technique of playing was fundamentally different. Despite the new inventions’ clear positive benefits, it took many years for professional flutists to embrace these instruments: they only became widespread among players at the very end of the 19th century. I believe this had a great impact on the compositions or, better said, the lack of compositions written for flute during what was a long period of transition.

Noemi: Kuhlau died fifteen years before the invention of the Boehm flute. The flutists to whom he dedicated his music, Jean-Louis Tulou and Anton Bernhard Fürstenau among them, played on four- or eight-keyed instruments. Tulou, who also made instruments, lived well into the 19th century; however, like many professional players, he refused point blank to play the Boehm flute! Because of this resistance and knowing that the eight-keyed flute was most popular at the time, it’s fair to assume that Kuhlau’s works were composed for these instruments. However, to the best of our knowledge, both Doppler brothers had played a twelve-keyed, Viennese ‘Ziegler’ flute. Of course, in comparison to earlier instruments, the eight- and the twelve-keyed flutes allowed greater technical possibilities in terms of chromaticism and superfast passages: they were able to display much greater virtuosity and, for instance, were more agile in negotiating modulations than earlier flute models. Both the Dopplers and Kuhlau exploited these possibilities in their music. But more than that, I believe, they relied on their great familiarity with the flute when composing technically daring works for our instrument.

As a touring flute duo, the Dopplers’ reasons for concentrating on composing for the flute are obvious. Kuhlau’s are less so – primarily a pianist, he is not thought to have played the flute himself. So how did he end up becoming known as “the Beethoven of the flute”?

Noemi: Although Kuhlau never truly mastered the flute and, as far as we know, never performed publicly on the instrument, we do know that he was in fact taught to play it as a boy by his father. He also refers to his flute playing and knowledge of the instrument in several letters to his publisher, Breitkopf und Härtel. In addition to his own experiences with the instrument, Kuhlau collaborated closely with some of the most outstanding flutists of his time, players who tested and provided feedback about all his pieces before they were published. That’s why his writing for the flute is so idiomatic. While playing his music, one can tell how well he knew the capabilities and nature of the flute.

Although it’s astonishing that more than a quarter of Kuhlau’s 300 works were written for flute, his large output for the instrument was not solely inspired by artistic considerations; in fact, he was motivated above all by the financial benefits these publications delivered. The flute was among the most popular instruments for home music-making in the early and middle 19th centuries and Kuhlau’s works proved hugely popular. It should be no surprise that an often financially insecure composer wrote such a great quantity of music for flute. I must say though that, whatever prompted him to create this music, many of Kuhlau’s flutes works are grandiose and masterful. They offer the flutist large-scale romantic works that are wonderfully complex in their invention. I find that his compositions are rich in detail and expression, and exploring them gives me such great pleasure. And one last additional curiosity: from Kuhlau’s immense output for single and multiple flutes, Op.119 – which is presented on our disc – is his only work for two flutes and piano.

Franz Doppler studied under Liszt for a time; how much influence from Liszt do you hear in his works?

Gergely: There’s actually no evidence that Franz Doppler formally studied with Franz Liszt; however, their close connection is obvious from Doppler’s orchestration of six of Liszt’s Hungarian Rhapsodies. Liszt was among the first to create fiercely virtuoso paraphrases and variations for solo piano from well-known works and operas by other composers, using his instrument’s and his own virtuosity to reinvent and rethink these. I see a very close link here to Franz Doppler, who embarked on a similar journey, albeit with the flute. Additionally, both composers were highly inspired by the verbunk style of 19th-century Hungarian gypsy music, displaying its familiar motives and melodies in their own works.

You allude to the fame of violinist-composers such as Paganini and Sarasate, and the relative obscurity of flautist composers by comparison. Guitarists sometimes make the same complaint…! Why do you think the violin ended up assuming such a dominant position?

Noemi: One reason is certainly the delay in the instrument’s evolution and flutists being hesitant to adapt to the new Boehm system for several decades. Thus at the time when the majority of influential violin repertoire was being written, the flute, with its narrower scope of dynamics and capacity for precise intonation, clearly remained less able. We also cannot deny the possibilities of the wider range of registers offered by the violin as well as the compositional potentials that double stops and pizzicatos provide. I personally find that audiences often perceive the flute as being less virtuosic also simply because its performance gestures are less visual and seemingly less physical than those of a string player or pianist. But rather than lamenting this, I am more for taking action: I have created numerous transcriptions, discovered new compositions, commissioned and premiered a high number of new works for the flute, while also concerning myself in great detail with the question of reimagining the perception of the flute in the context of the flute and guitar duo, not least through my PhD which I completed in 2020 at the Royal Academy of Music in London.

A selection of Noemi's arrangements for flute and guitar are listed below...

Given the Dopplers’ highly successful touring career, presumably there is plenty more repertoire out there for flute duo and piano, both by them and by other composers; do you anticipate exploring it further and extending this album into a multi-volume series?

Noemi: Yes, there’s plenty of wonderful and wide-ranging repertoire for two flutes and for two flutes and piano (or harpsichord), most of which we have played in the past, music that’s not necessarily well-known by the wider public. They would be exciting and certainly worthy to record in the future. Having said that, for the forthcoming months, we plan mostly to collaborate as soloist and conductor, which is another immense source of joy for us.

Gergely: We’re deeply touched by the great interest towards this recording and the multitude of positive reactions to its music. I would say that this is definitely motivating us to consider the option of our next disc in this formation! 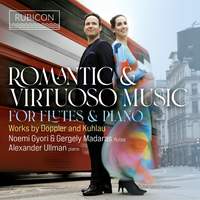 Doppler and Kuhlau: Romantic and Virtuoso Music for Flutes and Piano 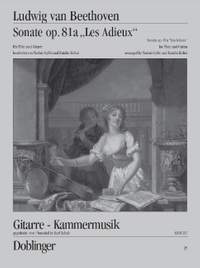 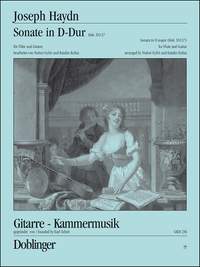