Among the repertoire for unaccompanied violin, Eugène Ysaÿe's six sonatas occupy a unique place – each dedicated to a famous violinist of Ysaÿe's time, and exploring the full range of violin technique as it existed in the early twentieth century. Not surprisingly, such works have enjoyed an increased level of attention during the recent periods of restrictions on collective musicmaking; but as recordings such as Jack Liebeck's show, they're very much more than merely fallback works for when pianists are unavailable!

We spoke to Jack about these sonatas – where they came from, how they 'work', and how they were received in Ysaÿe's own time. 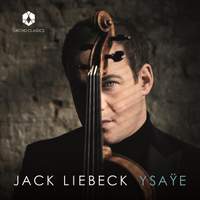