Bach Unbuttoned sees flautist Ana de la Vega head up an ensemble cast to present a collection of Bach's most famous works in new, yet impeccably 'authentic', guises. Inspired by the chance observation that the iconic statue of Bach outside Leipzig's Thomaskirche portrays him with his shirt buttoned incorrectly, de la Vega and oboist Ramón Ortega Quero have decided to 're-clothe' some of his most famous works. Following the ubiquitous practice among Baroque composers of freely rearranging the instrumentation of their music, his Double Violin Concerto is reworked for flute and oboe while three of the Brandenburg Concertos receive a similar makeover.

I spoke to Ana about the performances on this album, and Bach's own relationship with her instrument, as well as the unique challenges of recording during periods of social distancing.

In performing these works with the flute and oboe prominent, you take your cue from the widespread practice in Bach’s time of using whatever instruments were available. While we know in general that this was common and accepted, does any evidence survive of specific variations in instrumentation?

Yes, there is actually a lot of evidence that Bach transcribed and changed instrumentation as it suited his needs! For instance, his Violin Concerto in A minor, BWV 1041, he later revised as the Harpsichord Concerto in G minor, BWV 1058. His E major Violin Sonata he arranged for the keyboard into D major. But what really gave Ramón and I the conviction to take these liberties in instrumentation on our album, is that Bach himself arranged the 4th Brandenburg Concerto for two harpsichords!! What I think is key when admiring Bach’s pioneering and revolutionary works is to consider they he really applied his genius to a particular occasion: he tried to make the best of a specific virtuoso musician, or a new instrument, or those musicians who were at hand in the moment.

One must also remember public performance did not exist at this time so the possibilities for performance really was dependent on who was among the staff and available on payroll within courts and households! Admittedly Ramón and I have developed a great interest in playing together and a love for discovering the colours and possibilities of these two instruments in combination, but even so, given the many examples of Bach transferring his melodic lines from one instrument to another, we felt that he would not have minded what we have done here ;-)

Although not a serious flautist himself, Bach knew many accomplished players – above all Quantz, who quite literally wrote the book on flute technique. Is there any indication that he sought flautists’ advice on his own compositions for the flute?

His real affiliation with Quantz was not until almost 20 years after the completion of the Brandenburg Concertos and the six Flute Sonatas. However there are other clues... his brother was a flautist who studied with the great Buffardin.

While we find no direct evidence he sought advice, any good and thorough composer seeks knowledge about the instrument they are writing for. And Bach above all was enamoured for his proficiency. We do know he was in contact with flautist Michael Gabriel Fredersdorf between 1741 and 1747, eventually dedicating the E major and E minor Flute Sonatas to him. There is also evidence of contact with Wecker, Wild and Würdig.

As the transverse flute was a new instrument at this time he simply must have sort out great players (or asked his brother!) advice regarding the possibilities of flute technique. As the Fifth Brandenburg Concerto is in D major... the most comfortable key for the one keyed instrument of the time, and that it sits so well within the register, I am voting for the idea that he took the odd flute player to dinner!!

The notes refer to Bach’s time at Cöthen as having provided him a unique chance to “indulge in Italianisms”. Do you think he would have managed to achieve his famous merging of the North and South European Baroque styles without this opportunity?

We cannot really know what would have happened had he not had the chance to revel in the amazing opportunities presented to him at Cöthen. And by that I mean access to musicians of the absolute highest standards who were capable of playing the highly virtuosic style of the Italian concertos. Prince Leopold had an enormous interest and passion for those 'Italianisms'. His musicians were outstanding experts, and many of them had come from the disbanded orchestra of Prussian court in Berlin. If we consider Cöthen was only a tiny province this was quite outstanding and very exciting! These musicians were familiar with all styles of music, meaning that Bach had every possibility for developing his music to new boundaries. Neither before nor after his time in Cöthen did Johann Sebastian Bach have such musicians at his fingertips.

Did that affect his later works and catapult him forward in the process of merging different styles of Baroque music? Yes – in my opinion it must have! Would Bach’s genius and visionary individuality have surfaced regardless of his environment? I’m sure. However, to what extent we shall never know ... and I suppose this is part of the magic!

These concertos all feature multiple soloists (and contrasting timbres), but in the ensuing centuries the ensemble concerto would, with a few exceptions go almost completely extinct. Why do you think this happened?

This is such a multifaceted question and I don’t have the definitive answer! Firstly many ensemble concertos may not have made it into the canon of works we celebrate today. Like forgotten or unrecognized geniuses, sometimes compositions also, sadly, go unnoticed. Regardless, it is true that from the Baroque and Classical period onwards we certainly see a drastic reduction in ‘ensemble concertos’.

With the ‘romanticizing of the genius’ for example with Paganini and Liszt, the concept of the ‘virtuoso’ was born - not just the musician at court, but a ‘soloist’! Hence there was a greater interest in admiring virtuosity and skill of one instrumentalist, rather than the interweaving polyphonic sharing of multiple soloists. It’s rather difficult to have two Paganini’s on stage!!

I wonder also if with the birth of public performance (rather than household performance) finances needed to be considered. Certainly today, it’s an issue to tour the Brandenburg Concertos! No promoter wants to cart ten soloists around so we can play this cycle, when they can put on Tchaikovsky’s Violin Concerto with one soloist and sell the same number of seats.

The Badinerie from the Orchestral Suite BWV1067 has become one of Bach’s most recognisable tunes – doing duty as a popular ring-tone in the early days of mobile phones, but popular both before and after that. Why has this one, fairly brief, piece become so widespread?

If we knew the answer to this we would all be able to write guaranteed hits. In fact composers themselves are often shocked to witness which works become their most famous. It is said Tchaikovsky hated the Nutcracker Suite: he thought he had written a flop...! If only Brahms had not put most of his compositions written before he was forty years old in the bin... (I feel so sad when I type that...). I think this is the mystery and magic of art the world over: the unpredictability of social behaviour and what triggers human emotion. The Harry Potter books were rejected by fourteen or so publishers. The Godfather films were shunned by experts time and time again! Why we love the Badinierie so much I cannot say... but I am very smug that we flautists can claim it as ours :-)

In a now-familiar twist on the status quo, the photo of the recording session shows widely-spaced musicians and face-masks hooked over music stands. How much impact has the need to maintain social distancing had on questions of ensemble?

It was extremely challenging in the first rehearsal but it’s astonishing how quickly one adapts. By the last take the new way of listening and communicating with one another was second nature. Being so far from the concertmaster was one significant challenge, but even more so the distance between the soloists and the entire base section. By that I include cembalo, cellos and basses. The fact that we play without conductor and the fact that this music is so dependent on a consistent, stable rhythmic vitality underneath the ever moving interweaving multiple solo parts, means the bass section needs to be heard clearly and oh how we craved greater closeness! But as mentioned, we developed other senses... perhaps one more of feel and general awareness. It is interesting what you can turn to when you are not able to rely always on your ears and proximity. Plus I’ll add ... my phenomenal sound engineer Karel Bruggeman has about ten sets of ears and is a total task master... so there was no getting away with sloppy rhythm! 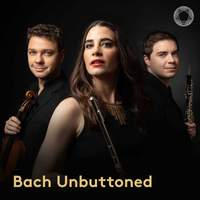