The name "Rameau", like the names "Bach" and "Mozart", tends to conjure up one individual in the mind of a music-lover. Yet just like the Bach and Mozart families, the Rameau family produced an impressive number of accomplished composers across the generations. Harpsichordist Justin Taylor has form for this kind of deep dive into a musical family tree – a few years ago he accorded the Forqueray dynasty the same treatment, tracing an influential family of French Baroque composers and musicians and uncovering some unknown gems in the process.

La famille Rameau balances the significance of the justly-famous Jean-Philippe Rameau against the comparatively neglected works of his relatives, many of which have rarely if ever been heard before. I spoke to Justin about this album, and the different contexts in which the various generations of the family lived and worked.

Albums tracing the links within the “Bach family” are quite common, but applying the same approach to the Rameau clan is rather more novel. Do you think the Rameaus (or perhaps Rameaux…) constitute a similarly heavyweight musical dynasty?

I was myself unaware that the Rameaus were a family of composers! During the baroque period, one often learned a trade within a family, be one a carpenter, a baker, or a composer. Jean Rameau, the father of the famous composer, taught music to Jean-Philippe and his brother Claude. They learned how to read music before the letters of the alphabet! Composer families were quite common: the Bach family, of course, as you have just pointed out, the Mozarts, the Couperins... The Bach family is exceptional in that each generation significantly marked the history of music by the importance of their works. In this respect, the Rameau family cannot be compared to the Bachs. Although Jean-Philippe is a genuine genius with a fertile, innovative imagination, his brother, his son, and his nephew are, instead, musical representatives of an era. With this disc, my intention was to place Jean-Philippe Rameau’s music in context: the family framework, his contemporaries (Tapray), his posterity (Debussy).

The Rameau family seem all to have been keyboard players. Did keyboard instruments hold a particularly elevated place in the circles in which they moved, or is the lack of a violinist or flautist Rameau just a coincidence?

Indeed, the family tradition placed the keyboard at the heart of their musical activities. Moreover, Jean, Jean-Philippe, and Claude were successively organists in Dijon. However, it is known that Jean-Philippe Rameau was also a violinist. There is a famous portrait of him holding a violin, and he was a violinist for several years in orchestras in the south of France. In the history of music, whatever the period of time, many composers are also keyboard players. The fact that harmony, melody, and polyphony can be found on the same instrument seems to have made the keyboard ideal for composing. In my opinion, this explains why the keyboard predominates in the Rameau family.

Most of the French composers for the harpsichord died before, or very shortly after, the Revolution in 1789 – Lazare Rameau surviving until 1794. Is there any evidence that they adapted their music to the turbulent politics of the time?

This depends on the composer. Claude Balbastre (1724-1799), for example, composed a “Marseillaise” a little while after the revolution, using the hymn of the revolutionaries to join their cause. In the case of Lazare Rameau’s sonatas, published in 1788, no allusion to the political context is perceptible. What stands out is the gallant hedonism of the classical style.

The aptly-named La Rameau from the Pièces de clavecin en concerts is your own arrangement for solo harpsichord of a trio sonata original. How did you approach the process of condensing the music down into something that could be played by just one performer?

Transcription was widespread at the time. Rameau himself specifies that his “Pièces de clavecin en concerts” can be interpreted as harpsichord solos. To my mind, the first step in a transcription is to attempt to understand what the composer’s intentions were in his original score and then to attribute a meaning to every motif. For example, at the very beginning of the piece, the successive arrivals of the violin and the harpsichord onto the arpeggios of the viol seem to describe an increasingly intense dialogue. I therefore used those arpeggios, adapting the tessitura of the low notes towards higher notes to re-create the illusion of this dialogue between instruments.

While many Baroque composers fell into obscurity for centuries, awaiting the early music revival to bring them back into to the repertoire, Jean-Philippe Rameau seems to have remained more prominent in people’s minds and memories. Why do you think he fared so much better than some of his contemporaries?

The scope of Rameau’s musical vision is staggering. He is at once the sensitive, instinctive composer who writes “the true music is the language of the heart” and a theoretician who approached music from the standpoints of acoustics, physics, and mathematics. It is this melodic genius and this harmonic inventiveness that were totally innovative. He is both the visionary composer who creates new orchestral sonorities and the composer who glorifies the heritage of the seventeenth century.

Other than providing that ear-catching tune from Les sauvages for his contemporaries to borrow, and inspiring Debussy’s Hommage, how much influence did Rameau have on the development of later musical generations?

Debussy gives us the best answer: “Rameau shows the way over which all harmony will go; as he himself will go.” Rameau sowed seeds that will sprout in the minds of the composers in the next generations. On the technical level of keyboard playing, his emphasis on repeated notes or on the virtuosity of the left hand induces compositions that tend towards “pianistic” compositions. In orchestral compositions, the novel associations of timbre that Rameau puts forward are echoed in the music of Ravel and Debussy. On the harmonic level, Rameau’s innovations, which depart from the theoretical framework of the period, open up the way to numerous kinds of harmonic research, as Debussy himself acknowledges. 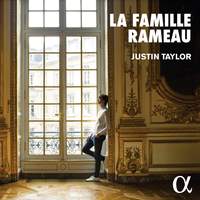 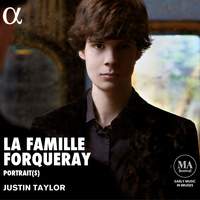