Recording of the Week,  Elmas Piano Concertos from Howard Shelley and the Tasmanian Symphony Orchestra

Plenty of long-running series have, in hindsight, outstayed their welcome by continuing well past their peak. Not so Hyperion’s Romantic Piano Concerto series, now onto its eighty-second instalment and still unearthing incredible works. Howard Shelley’s performing activities certainly extend well beyond his deep involvement in this series, but as one of its regular roster of pianists he enjoys a particularly enviable strand to his career: being able to explore and revive repertoire on a scale that most can only dream of. 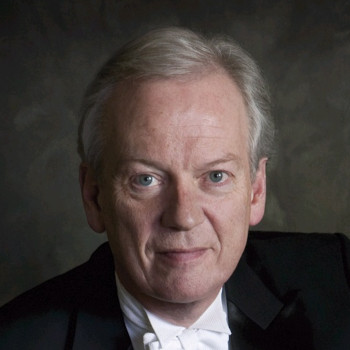 Volume 82 takes us a little off the beaten track, to Ottoman Smyrna (now İzmir), for a double-bill of concertos by the Armenian Stéphan Elmas (1862-1937). Though largely forgotten today, Elmas emerges from these recordings as a respectable member of the pianist-composer tradition of Chopin and Liszt. Both concertos are replete with graceful passagework that Shelley consistently dispatches with panache, and share a quirk of scoring that leaves the brass section strangely undersized, consisting of just two horns and one bass trombone. The latter can be heard underpinning some of the weightier tuttis in the first concerto, and also helps to kick-start the rollicking final movement of the second.

The first concerto, in G minor (dating from 1882), announces itself with a no-nonsense motif alternating between tonic and subdominant, a flurry of virtuosity and then, almost apologetically for this rude awakening, an instant turn towards the lyrical. The major-mode return of that opening material, just after the halfway-mark of the movement, is a particularly special moment, but it’s no Beethovenian journey from darkness to light; the triumph dissolves quite suddenly into introspection and a return to the minor, in which the movement closes.

Some see Elmas as lying too much in Chopin’s shadow – this album’s sleeve-notes, indeed, verge on implying outright plagiarism – but both concertos contain flashes of originality that suggest otherwise. In particular, there are moments where he subverts the listener’s expectation of a massive climax by turning aside for a lighter passage; near the end of the first concerto’s third movement is an especially prominent example, which lays the groundwork for the conclusion itself having the feel of a sunny happy ending, rather than a hard-won triumph over adversity. While the music is never trivial, this avoidance of the depths of emotion seems to be a hallmark of Elmas’s writing in both works. It is a tragic irony that he himself would subsequently plumb those depths when the genocide of his people in 1915 sent him into a spiral of extreme depression which, combined with hearing loss in later life, left him bitter and isolated.

The second concerto (written in 1887, but not published until the 1920s) is a more impassioned work; a stirring opening (swapping G minor for D minor) portends a certain imposing seriousness of mood. Some of the first movement’s orchestral tuttis, though, are curiously weightless – especially one occurring about eleven minutes in. Light scoring and an airy touch from the orchestra take the heat off, turning what could easily be an intense, full-force melodic sweep into something far more poised and graceful. Like the artful dodging of crashing climaxes, it’s a bold decision illustrating Elmas’s originality – indebted to Chopin and Liszt, certainly, but by no means in thrall to them. It’s refreshing that the Tasmanian Symphony Orchestra respond authentically to his writing, rather than playing what they might feel should be there.

One thing that characterises these concertos is Elmas’s impressive gift for melody. Nowhere is this more obvious than in the beautiful slow movement of the second concerto. Its yearning motif is almost Hollywood-esque, and Elmas isn’t shy about flaunting it. The melody returns numerous times for both soloist and orchestra, with Shelley and his Tasmanian co-musicians unashamedly milking a magnificent Big Tune that I, for one, would not have minded hearing another half-dozen times.

It will come as no surprise that this movement was my personal highlight of the album. It’s surely the tune that Elmas’s audiences would have gone home humming; I certainly have been. A day will presumably come when the Romantic Piano Concerto series finally has to end, but having made the acquaintance of two wonderful works that might otherwise have been mere footnotes in an encyclopedia and never heard, I hope that day is still a long way off. 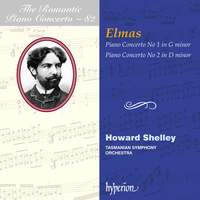