Recording of the Week,  Marc-André Hamelin plays Liszt and Thalberg

In an unusual bit of role-reversal at the height of lockdown, I found myself on the receiving end of the interview process a few months ago, during the course of which my interlocutor invited me to compile a guest-list for my fantasy all-female dinner-party – historical figures most welcome. After ear-marking a spot for some of the more obvious candidates (Mary Shelley and her mother, the Boleyn sisters, Alma Mahler), one lady who sprang to mind was Cristina Belgiojoso, the Italian noblewoman, journalist and revolutionary who procured the libretto for Liszt’s abandoned opera Sardanapalo and whose salon was one of the great creative hubs of 1830s/40s Paris. 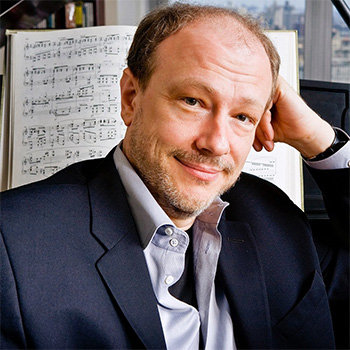 Belgiojoso was the driving force behind much of the music on today’s flabbergasting new recording from the Canadian pianist Marc-André Hamelin, which takes its cue from a charity concert she hosted in 1837: the notorious pianistic ‘duel’ between Liszt and his slightly younger contemporary Sigismond Thalberg, which led to the hostess diplomatically declaring that 'Thalberg est le premier pianiste du monde, Liszt, lui, est le seul'.

It must have been quite an evening. Though reports differ as to the exact musical bill of fare, Thalberg’s Fantasia on Themes from Rossini’s Moïse is widely believed to have featured, and if the underdog composer’s performance came anywhere near Hamelin’s in terms of understated virtuosity and cantabile beauty then it’s no surprise that the contest was a close-run thing: the sostenuto grandeur of the closing section, depicting Moses’s parting of the Red Sea, is hair-raising stuff, and just one of many passages here where Hamelin summons a near-orchestral weight and range of sonorities from his Steinway. He’s similarly imaginative and imposing in Liszt’s paraphrases on Bellini’s Norma and Verdi’s Ernani (this second composed well after the duel-recital, but what’s a little artistic licence between friends?), sustaining long lines like a true bel canto diva at the same time as despatching the most fiendish of passagework around the melody, and investing the music with real poetry and drama so that things never descend into prolix virtuosity. 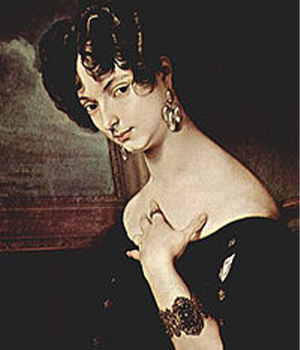 Although a pianistic face-off between two of the most celebrated musicians of the age could hardly be described as an anticlimax, Belgiojoso’s evening didn’t go exactly to plan: the recital was originally to have included the first performance of Hexaméron, a mighty set of variations on a theme from Bellini’s I Puritani with contributions from Pixis, Chopin, Thalberg, Czerny and others masterminded by Liszt, but owing largely to Chopin’s tardiness the work didn’t receive its premiere until the end of the year. It makes for an arresting opening on this album, with Hamelin revelling in the diversity of each composer-pianist’s technical strengths: Thalberg’s penchant for surrounding a central melody with shoals of arpeggios in the treble and bass (which the composer Francis Pott discusses in detail in his entertaining and informative booklet-note) left me wondering whether he’d suddenly acquired a third hand, Pixis’s trademark octaves are despatched with immaculate clarity, and Henri Herz’s rather more light-hearted variation has all the exuberance of a coloratura soprano romping through a showpiece by Donizetti or Rossini.

It’s the two best-known composers, though, who emerge as the most distinctive voices: Chopin’s belated offering could hardly be by anyone else, and Liszt’s own contributions which bookend the set quite deliberately steal the show. Hamelin’s wry acknowledgement of the composer’s desire to have the last word in the incandescent final Molto vivace genuinely made me chuckle: the gloves truly come off for the home straight as he races towards the finishing-line with a crazily accelerating flurry of double-octaves, then smashes through it in a thunderous closing chord which hangs in the air for a good five seconds. It’s jaw-dropping pianism.

Listening to this glorious album hot on the heels of enjoying Thomas Adès’s audacious Lisztian paraphrase on his own opera Powder Her Face, I got to thinking (to channel Carrie Bradshaw) how wonderful it would be to commission another Hexaméron for the twenty-first century, involving some of today’s great composer-pianists – Daniil Trifonov, Evgeny Kissin, Frederic Rzewski, Stephen Hough, Adès, and of course Hamelin himself. I may not have La Belgiojoso’s contacts or funds at my disposal, but a girl can dream. 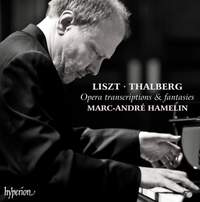