Recording of the Week,  Cherubini from Riccardo Chailly and Filarmonica della Scala

As both new and reconditioned recordings of Beethoven’s major works continue to dominate the release-schedules in this anniversary year, today’s Recording of the Week offers a timely opportunity to spare a thought for Luigi Cherubini, for whom the shadow of the great composer has proved both a blessing and a curse: on the one hand, Beethoven’s frequent enthusiastic endorsement of the Italian-born Frenchman as the greatest of his contemporaries has served as excellent marketing-material for two centuries, yet on the other it’s played its part in typecasting him as a sort of Salieri to Beethoven’s Mozart, ploughing a similar furrow to the better-known composer with competence and dedication but never quite achieving lift-off into pastures new. Happily, Riccardo Chailly and the Filarmonica della Scala are here to fight his corner with a fervour which rivals Beethoven’s own on this new recording of his orchestral and occasional music, made four years ago in Italy but presumably kept on ice until now in order to tie in with Beethoven 2020. 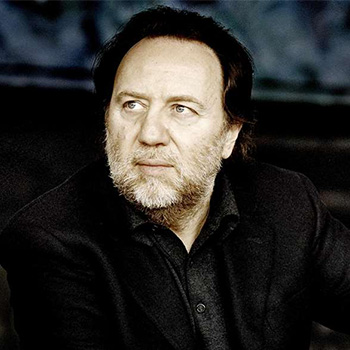 The ‘discoveries’ of the title make up the lion's share of the second half of the album, and consist of nine world premiere recordings of marches which Cherubini composed for a variety of private and public occasions, ranging from social events at the French country-house where he took some much-needed rest and relaxation in 1806 to the coronation of Charles X in 1825 (Cherubini served as Superintendent of the King’s Music throughout his reign). Scored for wind ensemble and percussion, the former group of works have an attractive, en plein air charm and receive suitably rustic performances here, the La Scala winds playing with a pungency and punch which put me in mind of the Italian State Police Band’s contributions to Antonio Pappano’s much-feted Aida recording a few years ago. More substantial and inventive are three funeral-marches (two written in memory of the French general Louis Lazare Hoche in 1797, the other for the Duke of Berry in 1820 and occasionally recorded alongside the Requiem) which book-end the shorter secular pieces – making imaginative use of high woodwind and gong in particular, they exude a solemn religiosity which looks forward to Berlioz’s Grande Messe des Morts, and indeed the younger composer (who had his own reasons for becoming one of Cherubini’s most savage critics) was grudgingly impressed by their pomp and circumstance. Perhaps the most immediately appealing of the ‘discoveries’, though, is the charming wind serenade written for Viennese baron Peter von Braun (Track Eight) – it plays out like a slightly fuller-fat condensation of Mozart’s great Gran Partita, and it was only when I checked the booklet-notes that I realised that Braun was also the dedicatee of the earlier work. 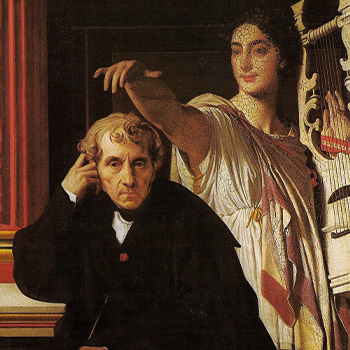 The first half of the disc is given over to two works written for the Royal Philharmonic Society in London, the Overture in G minor and Cherubini’s sole Symphony, composed in the same year (and indeed key) as Beethoven’s Ninth: both have received something like their fair share of recordings over the years, with Toscanini a particular champion of the Symphony, but Chailly & Co.’s advocacy is well worth hearing even if you already have other versions in your library. Chailly shapes the latter work in particular with immense sympathy, endowing the Scherzo with a bucolic, Freischütz-ish weightiness and generating tremendous excitement in the Haydn-gone-wild finale, and the La Scala winds are on especially beguiling form in the slow movement’s long-breathed melodies. And despite the relatively large modern-instrument forces, there’s a very Classical sensibility behind the phrasing, tempi and clarity of texture, most notably in the final stretch of the Overture which I half-expected to segue into the opening scene of Fidelio (premiered in its final version the previous year).

Writing to his fellow composer Ignaz Moscheles in 1839, Mendelssohn praised Cherubini’s music as ‘free, bright and bold’, a description which could apply equally well to these performances. Surely the time is ripe for a reappraisal of Cherubini’s other works, and in particular for a French-language, period-instrument account of his great opera Médée, popularised in Italian by Callas in the 1950s - on the very slim off-chance that Christophe Rousset happens to be reading this, perhaps he’d like to take up the challenge… 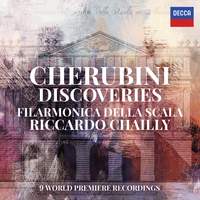