The British pianist Simon Callaghan has spent much of his career championing neglected repertoire, and over the past few years he’s devoted a great deal of time and energy to rehabilitating the music of Roger Sacheverell Coke (1912-72), a troubled but prolific composer-pianist who worked largely in isolation at his family seat in Derbyshire and produced three symphonies, six piano concertos and an opera as well as numerous chamber works and pieces for solo piano. Callaghan, who has just finished a PhD on the composer at the Royal Northern College of Music, has recorded three of the piano concertos for Hyperion (‘Rachmaninov meets Ivor Novello’ - BBC Music Magazine), the 24 Preludes for Somm, and most recently the three Cello Sonatas with Raphael Wallfisch (released on Lyrita earlier this year).

Shortly after Simon submitted his doctoral thesis we spoke at length about Coke’s life and work, focusing in particular on the personal and professional difficulties which the composer faced, the reception of his music in his own lifetime, and the challenges involved in preparing his unpublished works for performance.

You‘ve devoted a significant part of your recording career to Coke's music over the past five years or so – what sparked your interest in his life and work?

I was given the music by another pianist who perhaps didn’t have the time to investigate it or wasn’t that interested, but I had the opposite reaction: it seemed to me to be quite good and worth exploring further, and so I did, and it is! A lot of the reviews have said it can be quite strange music, and it’s certainly not that easy to get into - but I thought that there was something there, and Siva [Oke] at Somm bought into it with me, so we recorded the Variations and Finale on an Original Theme and the preludes, which was the first time they’d been recorded complete. (A couple of them were played by Moura Lympany in concert in the 1970s and were broadcast on the radio, so it wasn’t strictly the absolute first recording, but there hasn’t been anything since the composer died in 1972).

You’ve been working on a doctoral thesis in parallel to these recording projects – are you at a stage where you can share your theories as to why his music didn’t receive the recognition it deserved?

I submitted my PhD in September, and in it I talk about how all rare composers would benefit from a thorough background-knowledge of their lives: otherwise there's no real understanding, which is especially crucial when it’s not first-rate or easy-entertainment stuff. For instance, Coke often goes off on strange tangents or becomes slightly repetitive, or suddenly turns quite dissonant in an otherwise very melodious piece - and once I started looking into his schizophrenia and repressed homosexuality and difficult family life then it all came together and began to make more sense, and I was able to perform the music in a more convincing way. My research gave me a new respect for this music, which can initially be quite difficult to penetrate: you don’t just whack it on the stand and then suddenly find you’ve got this amazing piece to play!

How was his music received within his lifetime?

It seems that provincially it was received very well, but I think that he probably knew reviewers in those sorts of places: he had lots of success around the Midlands doing recitals (particularly at midday concerts in Bury and Manchester, and in Derbyshire where he lived), and the reviews mostly are full of praise. But then he hired Wigmore Hall three times in the 1950s, and those reviews are almost unanimously negative. They talk about his lack of ability to actually structure a piece or to develop a theme; The Stage's review of a Wigmore Hall concert in 1950 observes that 'a general depression rested on the scene, which the wistful melancholy of Mr. Coke’s music did not easily dispel', which again reflected the fact that his mood was often like that.

There were different expectations for the Wigmore concerts, I think; London was kind of separate from the rest of the country (which in some ways it still is), and if you didn’t get enough high-level criticism there then it was difficult to be accepted. He stayed with relatives in London quite a lot, and sent all of his new scores to people like Thomas Beecham and Igor Markevitch and Rachmaninov, but he doesn’t seem to have had much genuine feedback from anyone. Certainly that’s what Raphael Wallfisch and I found when we recorded the cello sonatas, which was rather more surprising given that we know he worked with Sela Trau, who was a very eminent cellist at that time: there were lots of phrases on the cello that didn’t really work and needed to be up or down an octave, and we both found it rather sad that Coke apparently hadn’t had any sort of constructive criticism to iron those things out. We haven’t butchered the pieces, but there are a few dozen places where we’ve changed things very slightly.

So he wasn’t a string-player himself?

No, he was just a pianist. He had the Brookhill Symphony Orchestra on hand, which was an ensemble which he'd formed to play through things at his home, and mainly consisted of local musicians. Some of them might have been professional players, but probably not at a very high level: all the violins and the violas are usually in unison, for instance, which suggests that he was generally writing for amateurs. I think it’s significant here that he funded a lot of performances himself: he paid for those Wigmore concerts I mentioned, and he paid for his opera The Cenci to be staged, so for the most part I think it was a case of the players just doing the best job they could rather than actually collaborating.

What’s the balance between the two instruments like in the Cello Sonatas?

The two instruments are presented as equal partners, and he seems to have gone to some effort to make sure that that’s the case. I had thought that he would have had something like the Rachmaninov Cello Sonata on his mind, because he was absolutely obsessed with Rachmaninov, but it’s not like that at all – the piano part in particular is really quite different. In his Second Sonata there’s a quotation (we think) from the Frank Bridge Cello Sonata, and Raphael and I thought of Bax as well; Coke talks about Bax being one of his biggest influences, and Raphael also detected echoes of Grieg and Shostakovich.

Did he have much opportunity to study or attend concerts in Europe, or even further afield?

He doesn’t seem to have travelled abroad at all; a couple of his friends told me that he studied in Munich in the 1930s and played for Hitler, but I can’t find any evidence of that. His expenditure is comprehensively detailed in his mum’s ledgers – she was in charge of his money because he wasn’t judged capable of looking after himself - and there are a few train tickets but no sign of international travel whatsoever.

Is there much in the way of surviving letters and diaries?

The sad thing is that there’s an article from a couple of years ago which talks about the guest-book for the family home, which Rachmaninov signed, and there are letters between Coke and Rachmaninov and Coke and Bax, but none of it seems to be in existence any more. The only living descendants are two nieces and two nephews, who have been quite co-operative, but one of them I think has a few boxes of stuff in his attic and isn’t especially willing to go and have a look...they may well be in there, but he’s insistent that they’re not. I was quite disappointed not to be able to give definitive answers on some of those things.

There was also a recording listed in the British Library as him playing his own pieces, and I spent a fortune getting a copy, but when I sent it to his niece she said it definitely wasn’t him; we still don’t know who that pianist is, or why of all people it would have ended up being catalogued under his name. There were numerous BBC broadcasts of his music, too, which I’ve tried very hard to unearth to no avail; the BBC staff have been really helpful, but they just didn’t seem to keep recordings of these things back then.

What does his writing tell us about his own abilities as a pianist?

I haven’t come across any reviews which speak highly of his piano-playing, provincially or in London; I don’t think a lot of the piano writing is pianistic at all, which was something of a nightmare when we were recording the concertos in particular. My thesis focuses around 1938-41, largely because No. 3 was written in 1938 and No. 4 in 1941, and they inhabit completely different sound-worlds. No. 3 is 99% what you might expect from someone who’s just having a go at writing a Romantic piano concerto: it’s very Rachmaninov-influenced, with a bit of English pastoral stuff, and though it’s pretty well-crafted there’s nothing particularly inventive or surprising. But No. 4 is something else altogether: it goes from being fairly pianistic and normal to jumping all over the place, getting quite chromatic and rather lost in itself.

The Third Concerto is a perfect fit for Hyperion’s Romantic Piano Concerto series whereas the Fourth is pushing it slightly, but because of all the Romantic influences we thought it would still work!

So did he continue to compose throughout the war without interruption?

I asked his niece Griselda this question, and she said that it would have been absolutely unthinkable that he would have been called up given his mental health - though she thinks he may have been granted a special talent exemption rather than being excused on medical grounds. She seems to think that apart from rationing, life more or less went on as normal for him, because the life he led was pretty depressing anyway: he just sat in his music-room, playing and composing through the night and wearing his piano down to the ivories.

Are there more rediscoveries in the offing, either in terms of new editions or recordings?

There are a couple of things; at the moment I’m working with Lyrita on the songs. He composed about 80 of them, because a lot of his concertising was with singers. I did look into some of the lyrics to see if there might be any biographical hints, but he didn't set anybody unusual: it’s Shelley, Tennyson, that kind of thing. There’s also a standard piano trio and a trio for flute, viola and cello, as well as a lot of orchestral stuff - but obviously that’s a little bit more difficult to mount as a project. For the cello and orchestral works I had to typeset all the scores, and whilst I loved doing that it was a big job, especially for the concertos. I just got copies of the songs a few months ago and they’re all in manuscript, so I’m going to go through those and see if it’s got any legs... 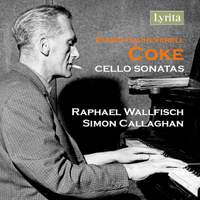 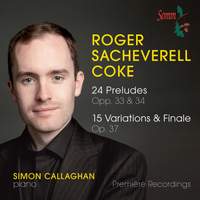 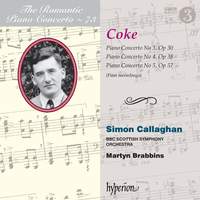 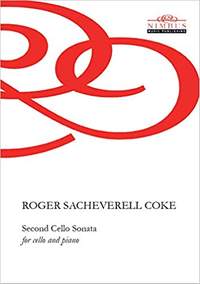 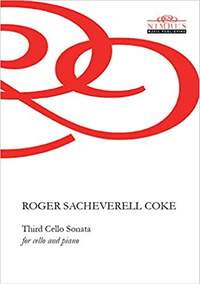 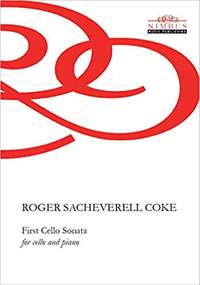