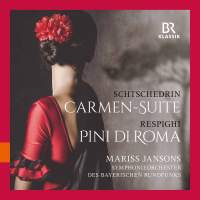 This live recording of Pini di Roma from May 2019 captures one of the Latvian conductor’s final performances; his earlier account of Respighi’s Roman Trilogy, with the Oslo Philharmonic in 1997, was described by Gramophone as ‘among the very best’ thanks to the ‘rhythmic vigour and brilliant colour’ which he brought to the music. The account of Schtschedrin’s thirteen-movement Carmen Suite dates from two years earlier, and was also made live at the orchestra’s Munich home. 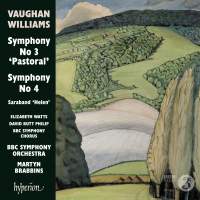 An Editor’s Choice in this month’s edition of Gramophone (in which Jeremy Dibble noted the conductor’s ‘special affinity for this music’), this is the third instalment of Brabbins’s cycle of the Vaughan Williams symphonies, following widely-acclaimed accounts of the London Symphony and Sea Symphony in 2017 and 2018 respectively. 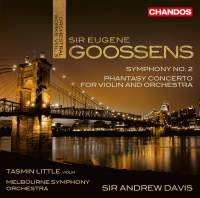 Volume Three of Davis’s Goossens series from Melbourne comprises the Phantasy Concerto for Violin and Orchestra from 1947/8 (originally intended for Jascha Heifetz, but eventually premiered by British violinist Tessa Robbins on the Third Programme in 1959) and the Second Symphony, which was composed in America between 1943 and 1945. 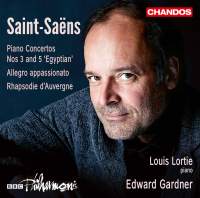 The first half of Lortie’s Saint-Saëns cycle with Gardner and the BBC Philharmonic prompted BBC Music Magazine to observe that ‘Lortie and orchestra prove a good team, nimble and bright, bouncing with virtuoso bravado’; this second instalment also includes two smaller-scale works for piano and orchestra, the Rhapsodie d’Auvergne (which the composer later reworked as a solo piano piece) and the Allegro appassionato. 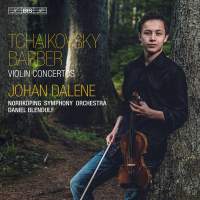 This is the debut recording from 18-year-old Swedish violinist Johan Dalene, who won first prize at the Carl Nielsen International Music Competition last March (playing the Tchaikovsky concerto in the final) and was announced as a BBC Radio New Generation Artist six weeks later. Dalene was the Norrköping Symphony Orchestra’s Artist in Residence for the 2018/19 season, with performances including the Barber concerto. 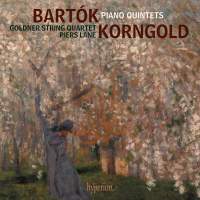 Lane and the Goldners have a distinguished joint discography under their belts (including music by Bloch, Elgar, Hamilton Harty, Bridge, Borodin and Dvořák), and here they pair two pieces written relatively early in each composer’s career: Bartók’s Richard Strauss-influenced work from 1903/4 (composed shortly after his graduation from the Franz Liszt Academy) and the quintet which Korngold wrote around the same time as Die tote Stadt, when he was still in his early twenties. 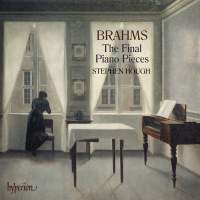 Gramophone’s January Recording of the Month, this album was hailed by Michelle Assay as ‘one of the finest accounts of Brahms’s late piano works on record’ thanks to Hough’s ‘imaginative yet learned interpretation, profound sensitivity and poetry, and personal charisma’ and ability to ‘reveal each miniature as a compact piece of theatre’. 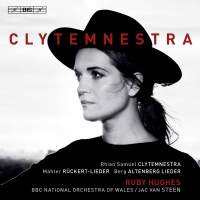 The main attraction here is Welsh composer Rhian Samuel’s 25-minute monologue for soprano and orchestra, setting her own text based on Aeschylus’s Agamemenon and described by Hughes as ‘sun-scorched, luscious, and intensely visceral’. The album also includes Berg’s Altenberg-Lieder and Mahler’s Rückert-Lieder, as Hughes heard echoes of both composers in Clytemnestra. 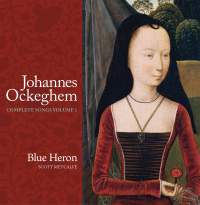 The Boston-based vocal ensemble Blue Heron won a Gramophone Award in 2018 for their survey of Music from the Peterhouse Partbooks (read David’s interview with director Scott Metcalfe about the project here), and this 'gorgeous, sensual and nuanced' first volume of a projected Ockeghem series is already off to a flying start: the album was one of The New York Times’s Recordings of 2019.