As I’m sure many of you already know Luciano Pavarotti, the legendary tenor and one of the most famous performers of any genre, died last week after a long, tough battle against pancreatic cancer. I’ve spent the weekend wondering how I can summarise the remarkable man in one of my short newsletters, since his charisma alone would normally exceed my three or four paragraphs! But after long (and late-night) debate with various friends and colleagues, here are the three main reasons why I believe he will go down in history as one of the greatest classical musicians to have ever lived. 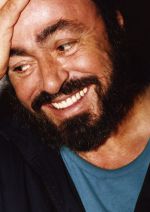 Firstly, and primarily, he was an opera singer. He was the last of a long line of Italian style of lyric tenor that went back to Caruso (I’m thinking of people like Tito Schipa, Beniamino Gigli and Carlo Bergonzi). Their style was characterised by sweet-honeyed sound, almost effortless in execution that could soar to the highest notes with ease. I can’t think of a current tenor with such a sound and it is for this reason more than anything that we will miss him so much. He was at his peak in the 1960s and 70s and during that time made a string of what are still (often by some distance) the benchmark recordings of the ‘classic’ operas. I’m thinking of things like his L'elisir d'amore and Turandot with Joan Sutherland, and his Madama Butterfly and La Bohème with Mirella Freni.

Secondly, there is the remarkable contribution he made to charity, particularly to children and those affected by armed conflict - stretching from Afghanistan to Liberia to Kosovo and beyond. Through his annual ‘Pavarotti and Friends’ concerts (where he brought together some of the world’s biggest rock and pop stars), the combination of ticket sales, merchandise and individual donations is estimated by the UN to have raised more than 7 million US dollars. I can’t think of another individual (in any field) who has raised anything like this amount of money.

And finally, (and I admit this is the one I’ve had most difficulty deciding how to word) is the contribution he made to promote opera and classical music in general. It is not often that I find myself discussing Classical Music personalities with my playing partners at my local cricket club, but that is exactly what I found myself doing all through yesterday afternoon (although most of them of course know him as the guy with the big white hanky who sang Nessun Dorma at the 1990 World Cup). Along with Carreras and Domingo, the three tenors undoubtedly opened the door of classical music to many new listeners and this must never be underrated. The concert they held at the Baths of Caracalla became the best selling classical record of all time and is still one of our best sellers on both CD and DVD.

He was a truly amazing man, and as a result of his marvelous voice, his infectious smile, his openness and generosity, his wholehearted intensity, and yes his enormous white hanky, he will be remembered with real fondness by millions of people all over the world.