Recording of the Week,  Beethoven Symphonies from Ádám Fischer and the Danish Chamber Orchestra

With a plethora of recordings of Beethoven's symphonies currently available, any new performance that wishes to stand out from the crowd must have something pretty special to bring to the table, and that's exactly what we have here with this set from Ádám Fischer and the Danish Chamber Orchestra. Not only is it full of top-notch playing, but it also has plenty of interesting, if sometimes controversial, things to say.

If you’re familiar with Fischer’s Haydn and Mozart recordings then you’ll know what I mean when I say that I think of him as very much an “interventionist” conductor, never content just to let the music speak for itself. Rather, what he tends to do is to add dozens of tiny nuances to what is on the printed page: a crescendo or an accent here, a holding-up or a pushing-ahead there. It's undoubtedly a major factor in revitalising these symphonies, to the extent that nothing ever comes across as routine. 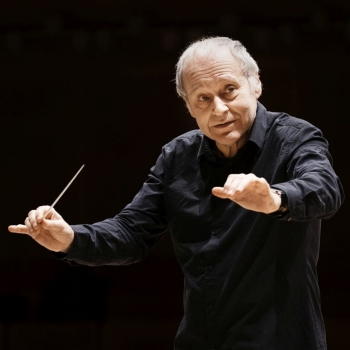 More importantly, it never feels like he is imposing something just for the sake of finding new things to do: it all seems well thought out and makes sense musically. Often it's the tiniest of details, for instance in the last movement of the Fifth, where on the repeat of the opening section he slows down just a fraction for the first three chords. By doing this he gives them extra weight compared to when we first heard them, putting a new spin on them and thereby justifying the repeat of the musical material.

Occasionally some of these choices veer into somewhat more contentious territory, such as in the last movement of the Eroica, where Fischer changes one passage to solo strings rather than the full section, giving us a brief string quartet in the middle of this symphony. Also, in the closing moments of the Ninth, he slams on the brakes somewhat for the final choral repetitions of “Diesen Kuss der ganzen Welt”, which arguably engenders a slight loss of momentum leading up to the conclusion. Even in places like this, though, I could still appreciate the point Fischer was trying to make.

Also crucial is his careful attention to ensuring clear textures and a delicate balance: I had no problem hearing any of the piccolo runs that normally get drowned out towards the end of the Fifth, for example, and when Lars Møller, the bass soloist, sings his verse of the Ode to Joy in the finale of the Ninth, Fischer imbues the string pizzicatos with quite a bit more liveliness than usual, giving the whole passage an excitement and direction that was quite exhilarating. Tempos are generally brisk, notably in the first movement of the Pastoral, where Fischer makes it quite clear to his travelling companions that there is most certainly no time for dilly-dallying on this particular trip to the countryside! Having said that, any potential breathlessness is, I think, more than made up for by the added exuberance that his tempo brings, and by contrast there's a wonderfully relaxed lilt to the subsequent Scene by the Brook.

I shouldn't neglect the part that the orchestra has to play in the success of these performances: the woodwind playing is light and delicate, and there’s a clarity to the string sound that means you hear so many things that frequently get lost. In the last movements of the Eighth and the Fourth their energised contribution makes the performance thrillingly electric. There's also some splendid horn playing, not least in the Trio section of the Eroica’s third movement, where the first horn sails pleasingly up to its high notes, and the second horn’s quavers ping out with perfect accuracy (I was very pleased to hear too that Fischer observes the sforzando accent on the horns’ first downbeat, a detail not always heeded). Similarly, the notorious horn players’ graveyard that is the slow movement of the Second here sees pinpoint precision from the horn duo as they negotiate their exposed arpeggios with grace and delicacy.

I could easily spend several more paragraphs listing all of the moments that elevate this recording, but I've already gone on far too long, so suffice it to say that even in the most familiar of symphonies such as the Fifth and Seventh, Fischer manages to forge his own path and find his own take on these works. The Danish players throw themselves into every accent and crescendo with great gusto, and I'm confident that even if you know these symphonies extremely well and already have several recordings, you'll still find plenty here to enthral, delight, and beguile you. 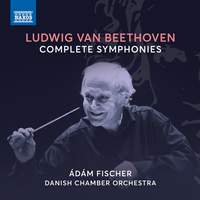