It’s been almost three decades since Paul McCreesh’s landmark Venetian Coronation (reconstructing the investiture of Doge Marino Grimani in 1595) was released on Virgin, and for his latest recording on Signum Classics he’s looked closer to home for inspiration, weaving music and readings from four twentieth-century British coronations into a composite ceremony which encompasses works by Purcell, Handel, Elgar, Howells, and Parry. I spoke to Paul recently about the decisions involved in putting the programme together, how he set about recreating the sound-world of the 1930s and 40s, and his own personal perspectives on Britain’s great tradition of ceremonial music.

This is a sumptuous and minutely-researched recreation of a kind of Platonic ideal of a twentieth-century British coronation, as much historical project as recording. Where did the idea for this reconstruction first come from, and why did you choose to go for this combination approach rather than simply recreating one specific event as precisely as possible?

It’s been at the front of my mind for quite a long time. Whether I like it or not, the words 'Venetian Coronation' will probably engraved on my tombstone; one’s career is always defined by the sins of one’s youth. It seemed to me that since there is so much great music for British coronations, why not revisit the idea? So perhaps the question is more why it took us over twenty-five years to get there. It also seemed a great project in which to involve our young singers from Gabrieli Roar. So those two ideas came together quite well. The whole vast project was really something of a labour of love – completely mad and crazy, but also rather uplifting.

We opted to create a composite event rather than just slavishly re-creating one coronation to allow us to pick the very best pieces from four different occasions. (The 1937 and 1953 coronations exist in historical recordings anyway, so to recreate these might have felt slightly superfluous). There are some areas of the service where one has to make difficult musical choices - where there’s more than one piece written for the same function. Even in the final running order there are actually one or two places where we’ve cheated very slightly: for example, Elgar’s extraordinary motet for 1911, O hearken thou - a fantastic piece – was sung at the offertory in 1911, but we place it as an introit in our recording. As the same text was used as an introit in 1902 it didn’t matter too much, and enabled us to also include Ralph Vaughan Williams's Old Hundredth written for the 1953 offertory. The point is to include the greatest pieces !

You’ve based albums around “re-enactments” before, particularly with a focus on Venice at the height of its splendour, the way we remember and perhaps romanticise it today. Do you think there’s a similar phenomenon at work when we look back today at the pageantry of the British Empire at its peak?

Well, we’re heading into dangerous areas of politics here! At the same time as working on this project we were also researching Purcell’s King Arthur, and in a sense that’s really when this whole concept of 'Britannia' starts. This recording is emphatically NOT a political statement; you’ve only got to follow my Twitter account to know where I stand - I’m not, shall we say, a natural Faragiste, to put it mildly! But you can’t perform this music without having a sense of a historical connection to Britishness, and of course that includes Empire, aspects of which we now consider to be politically suspect. I think the reality is whilst we must accept there were many unpalatable aspects of British behaviour in the past, and there probably still are, there were also things which were actually pretty impressive. And these coronations were absolutely about a celebration of all things British, especially with the radio broadcast of 1937, and the televising of 1953. We’ve always done sacred/military ceremony, and ceremonial music, incredibly well. There is no greater ceremonial anthem than Parry’s I was glad, in any language. Yes, it is uncomfortable that there are certain aspects of Britishness that trouble – I’d struggle with a vocal version of Land of Hope and Glory – but on the other hand we do have to regard music as being of its time. I don’t think we need be embarrassed about it; it’s fabulous music per se.

At a time when many are looking increasingly askance at the nostalgic adulation of an idealised past, do you think this album risks being seen as simply another patriotic compilation?

If you want to view it that way then you can view it that way. Or you could choose to see it as a celebration of extremely brilliant music that’s been put into an imaginative framework and is involving the next generation of musicians connecting with their cultural past. I’m quite prepared to put my head on the block by saying that what I’m passionate about is getting the next generation of people engaged with fantastic music, and it so happens that most of that has historically been written by white European men. If that offends people, I don’t care - because I know that the next three hundred years of great music will be written also by women composers and composers of different ethnicities, and I’m happy to help that process by commissioning and in other ways.

But whilst we are looking at the glory of culture (by definition retrospectively, since culture is the way we created art over centuries), do we have any right to deny young people access to this part of life because of a change of educational/political opinion? If you work on any of my projects, one of the things you’ll find is that I address all these issues very clearly with the young people we’re working with. You can’t look at culture in a social and philosophical vacuum. One of the very obvious things that we have to deal with in our projects is the fact that so much choral music is sacred. I have no religious agenda in these projects at all, and I’m very aware that within my group of 300 young people I will have a few people who subscribe to a traditional British Christianity, but I’ll also have children of different ethnicities who have different faiths, as well as a lot who don’t hold any religious beliefs at all. So rather than trying to pretend it’s all apolitical, we have to address what the differences are, and I feel no shame about that at all.

Period instruments obviously make a huge difference to the performance of Baroque and Classical repertoire, but in using instruments from (in some cases) as recent as the 1940s, do you think you’re close to the point where the effect ceases to be audible?

I think it’s reasonable to say that the disparity between the sound of a baroque oboe and a modern oboe, compared to that between a French Lorée oboe and a modern oboe, is much greater. But to pretend that the latter pair are the same instrument is just wrong; if you play Elgar on small-bore trombones and on these beautiful French oboes and wooden flutes, you do get a substantially different sound from what you’d get from the London Symphony Orchestra. The LSO will of course sound marvellous - there’s no question about that - but it’s a different colour. My attitude is: why not?

When you’re dealing with a period as wide as 1902 to 1953, some, or indeed most, of the instruments are from the beginning of the century. As most of the coronation orchestra players were inevitably the elder statesmen of the orchestral scene, there’s a good argument for playing slightly older instruments even into the ‘30s and ‘40s, because that’s what they were doing. This subject gets very technical, but the real change in British orchestral instrumentation starts around the1940s; it was actually the emergence of the BBC Symphony Orchestra that led that change, as the whole concept of recording called for a different, more ‘vertical’ style of playing. Emily Worthington has written a very good academic work on wind playing in that period, and as she was playing in the orchestra we were able to incorporate part of that into this project. We also know exactly who sat in which seat in the orchestra for these coronations; for most of those players we know what their instrument was, and in many cases we even have those instruments; Nick Daniel was playing an oboe that Eugene Goossens himself played in the 1937 coronation.

In the time since the last coronation, it’s fair to say that Britain has undergone fundamental changes; recent royal events have suggested a different sensibility and arguably a toning-down of the pomp and circumstance. What do you think a future coronation might look and sound like?

I think you’d need to ask James O’Donnell - he’s going to be the one that gets the call, not me! But I’m sure that when Her Majesty eventually passes away (which, much as we’d all wish her a continued long reign, will presumably be fairly soon), one would expect there to be a slight change of emphasis. There will probably be a mixture of tradition and innovation, which was very much a theme of the four twentieth-century coronations. I would almost guarantee that there will be surpliced choirs - probably not the 300/400 strong mega-choirs as they would have been in the old days, which is a pity. But who knows? Maybe Charles will decide that he does want a choir of several hundred people! Perhaps there will be music to texts from other faiths, and perhaps the obligatory appearance of a particular pop star singing some song or other. I suspect that it will probably be an eclectic mix of music, and the ritual will be pretty much what it’s always been – and none the worse for that. 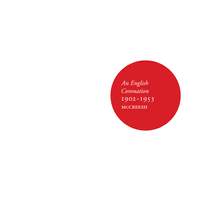 An English Coronation is released on Signum on Friday.