The eminent Italian pianist Maurizio Pollini made his name with the music of Chopin when he won first prize at the 1960 International Chopin Competition, and so it is always a special event whenever he returns to the music of this composer. His previous Chopin disc from 2017 comprised the final works published during Chopin’s lifetime (opp. 59 to 64, including as a bonus his final composition, the 1849 Mazurka in F minor), and now he continues his journey backwards through the opus numbers, with opp. 55-58, encompassing two Nocturnes, three Mazurkas, the Berceuse, and Piano Sonata No. 3. 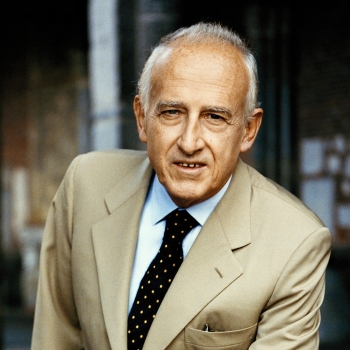 I should mention that although these are all new recordings (made last year in one of Pollini’s favourite venues, the Herkulessaal in Munich), he has previously recorded the majority of these pieces before (only the Op. 56 Mazurkas are new to his discography). However, despite largely the same tempos (the sonata is half a minute faster than the older one overall, and the Berceuse is an impressively consistent 4 minutes and 29 seconds both times), there is the world of difference between the two accounts. Everything feels so much more spontaneous here: right from the first F minor Nocturne I was struck by the degree of expressive freedom that Pollini brings to the right-hand melody, sounding almost as if he were conjuring the melody into being for the very first time, with a liberal application of rhythmic elasticity that seemed lacking when I then went back to the earlier account.

When it comes to the Third Piano Sonata, Pollini brings an almost Schubertian grace and elegance to his phrasing in the first movement: no matter how ornate or decorative the right-hand embellishments, he never loses sight of the shape and direction of the music, so that even in the most chromatic moments I always felt I knew exactly where he wanted to take each phrase. There’s an assuredness and consummate mastery to his playing that can only come from decades of having performed and loved this repertoire. When the sostenuto second subject returns a couple of minutes before the end of the first movement, it soars majestically in the most magnificently uplifting way. Likewise in the third movement there’s a warmth of tone and a compelling lyricism that is a joy to listen to. You can hear the love that Pollini bestows upon this music.

I say that you can hear the love, and on occasion that is literally true: Pollini fans will be well aware of his occasional tendency to vocalise during moments of extreme emotion, and so in the interests of full disclosure, I should say that this is the case here, where every now and again you can hear him humming along to a particularly ardent phrase or cadence. Some might find this distracting but, perhaps strangely, being accustomed to it I found it added to the intensity of the moment somehow!

The closing pages of the sonata, with their dazzling flurry of semiquavers, offer ample proof, if proof were needed, that the old Pollini magic is still very much present and correct. Of course, Pollini completists will want this disc mainly for the addition of the op. 56 Mazurkas to his recorded catalogue, but I would suggest that even in the other pieces he has something new to say, and it is fascinating to hear how a more experienced performer re-engages with works that he has already recorded, in some cases, almost thirty-five years ago. 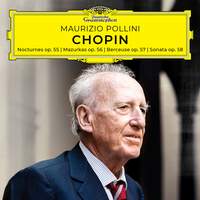 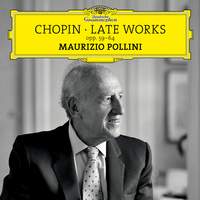 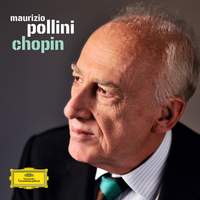 A collection containing Maurizio Pollini's complete Chopin recordings for Deutsche Grammophon between 1972 and 2008, including the earlier performances of the pieces mentioned above.