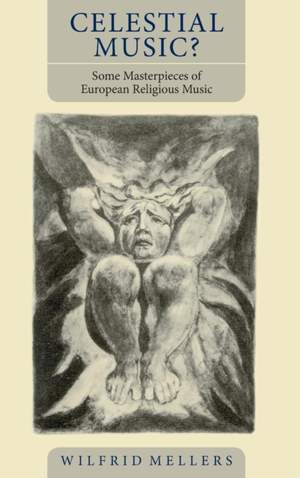 If his opinions are often provocative, his writings also stir one into reflection on even well-known works... Plenty to stimulate and even inspire — Gramophone Magazine

The late Wilfrid Mellers, who occupies a special place among music critics, described himself as a non-believer; but his preference for music that "displays a sense of the numinous" (in his words) will strike a chord with many wholisten to religious music nowadays, and who share his view that music that confronts first and last things is likely to offer more than music that evades them. The essays form five groups, which together offer a survey of religious music from around the first millennium to the beginning of the second, in the context of the difficult issues of what religious music is, and, for good measure, what is religion? The parts are: The Ages of Christian Faith; The Re-birth of a Re-birth: From Renaissance to High Baroque; From Enlightenment to Doubt; From "the Death of God" to "the Unanswered Question"; and The Ancient Law and the Modern Mind. Musical discussion, with copious examples, is conducted throughout the book in a context that is also religious - and indeed philosophical, social, and political, with the open-endedness that such an approach demands in the presentation of ideas aboutmusic's most fundamental nature and purposes.  COMPOSERS:  Hildegard of Bingen; Perotin; Machaut; Dunstable, Dufay; William Corniyshes father and son; Tallis; Byrd; Monteverdi; Schutz; J.S. Bach; Couperin; Handel; Haydn;Mozart; Beethoven; Schubert; Bruckner; Berlioz, Faure; Verdi, Brahms; Elgar, Delius; Holst, Vaughan Williams, Howells; Britten; Janacek; Messiaen, Poulenc; Rachmaninov; Stravinsky; Part, Tavener, Gorecki, Macmillan, Finnissy; Copland.

If his opinions are often provocative, his writings also stir one into reflection on even well-known works... Plenty to stimulate and even inspire