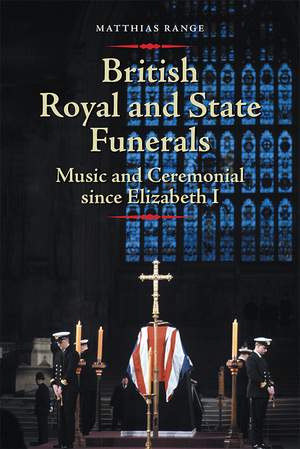 British Royal and State Funerals: Music and Ceremonial since Elizabeth I

British royal and state funerals are among the most elaborate and solemn occasions in European history. This book is the first in-depth study of the ceremonial and the music performed at these events over the past 400 years, fromthe funeral of Elizabeth I in 1603. Covering funerals of both royalty and non-royalty, including Nelson, Wellington and Churchill, this study goes up to the funerals of Queen Elizabeth The Queen Mother in 2002 and the ceremonial funeral of Baroness Thatcher in 2013. While some of these funerals have received a good deal of attention - especially the 1997 funeral of Diana, Princess of Wales - these extraordinary events have largely not been discussed in their longer historical context. The book examines the liturgical changes in the Anglican funeral rite since the Reformation and also the change from the so-called 'public' to 'private' funerals. It includes many new findings onthe development of the ceremonial and its intricate peculiarities, as well as new insights into the music and its performance. British Royal and State Funerals shows that, despite a strong emphasis on continuity in the choice of music, the ceremonial itself has shown an astonishing flexibility over the last four centuries. Overall, the book also contributes to the debate on the monarchy's changing public image over time by paying particular attention to topics such as tradition and propaganda. Drawing on substantial research in principal libraries and archives, including those of Westminster Abbey, the College of Arms, Lambeth Palace and the British Library, this book is an exhaustive resource for musicologists, musicians and historians alike, providing an unprecedented insight into this most sombre of royal and state occasions.  MATTHIAS RANGE is author of Music and Ceremonial at British Coronations (2012). He is a post-doctoral researcher for the Digital Image Archive of Medieval Music and its partner AHRC-funded Tudor Partbooks project at the Faculty of Music, University of Oxford.

[A] valuable addition to the literature. -- John Wolffe