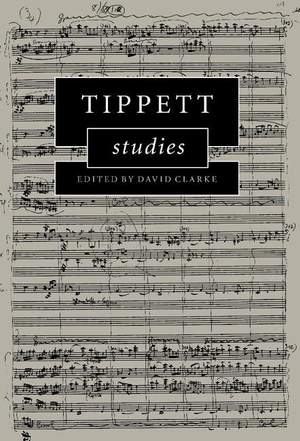 Michael Tippett (1905–98) was one of the major figures of British music in this century. This volume of essays provides the first substantial writing on the composer for over a decade and includes the work of established scholars as well as several new voices. Essays encompass a range of genres and style periods, but a number of recurring themes may be detected. Broadly speaking, the book moves between technical discussion focused on individual works and wider questions of context - the 'external' factors that shaped the composer's musical production such as his relationship to the past, his fascination with ancient Greece and his pursuit of the transcendent. What emerges from this book is a rich portrait of a composer whose work reflects the century's triumphs and tragedies with particular intensity and who, at the end of his composing career, was increasingly acknowledged by younger composers as a major influence and example.