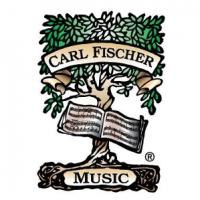 For over 145 years Carl Fischer Music has been a leader in educational music publishing. Since its founding in 1872, Carl Fischer Music has had a deep and abiding commitment to sharing traditional and contemporary music with the world. The catalogue contains a diverse selection of music in multiple genres (including jazz, classical, popular and choral music). In 2004, Carl Fischer Music joined forces with Theodore Presser Company under common ownership while maintaining separate identities and publishing schedules.