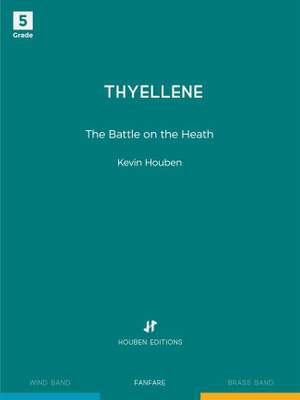 The Battle on the Heath

The Battle on the Heath On 24 January 1597, the ‘Tielenheide’ - a stretch of moorland near the Belgian village of Tielen, south of Turnhout-was the scene of a great battle. Prince Maurice of Nassau, commander of the Dutch army,crushingly defeated Count Varax, a Burgundian general of the Spanish army. In military circles, the Battle of Turnhout caused quite a stir: a Spanish army of five thousand men was initially held up for hours through daring shortmoves by fifteen cavalrymen and a few hundred foot-soldiers -and subsequently, this Spanish army was overpowered by barely a thousand cavalrymen, without the help of the infantrymen. New weaponry proved its value that day. TheDutch cavalrymen were not armed with spears, as previously, but with long, carbine-like pistols . Before the pikemen of the Spanish army could stick their fearsome, six-metre-long spears into the ground to protect themselvesagainst the onrushing horses, they were shot to pieces or knocked down. During the battle, the state troops seized a number of flags, which would embellish the Ridderzaal (Knights’ Hall) in The Hague for years.In a contemporaryDutch military magazine, the victory at the ‘Tielenheide’ has been described as “ the heaviest blow ever delivered by the Dutch cavalry”. The location where the battle took place is no langer moorland: it is now a pine forestplanted more than a century age, to meet the demand for wood in the old coalmines of Limburg . Part of the forest is now the military territory of the Third Paratroop Batallion, and part is now the De Waal nature reserve: it isnot accessible to the public. In Tielen there is still a street called the Tielenheide, near the former moorland.