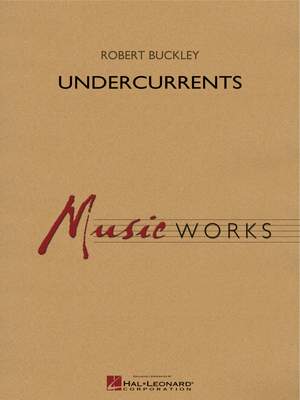 Undercurrents provides an electrifying, virtuosic showcase for the whole ensemble - featuring a series of solos, duets and trios, as well as highlighting the various chamber sections within the band. The music was inspired by watching schools of fish and flocks of birds perpetually moving with the ocean currents and air currents. Every once in a while a single solo shape will appear - or two or three - they dance apart for a moment and then are drawn back into the ensemble. Commissioned by the Naden Band of the Royal Canadian Navy, Victoria, BC, this is a powerful tour-de-force from beginning to end. Dur: c. 6:30