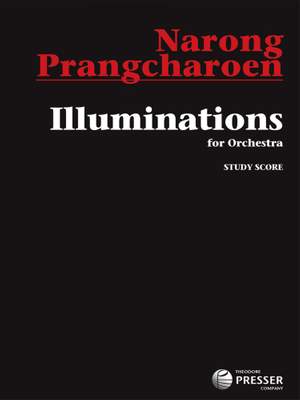 Commissioned by the Beijing Modern Music Festival for its 10th anniversary, Illuminations is a 12-minute portrayal of the movements of light and fire. Most of its musical gestures, including a depiction of matches being lit, rise and fall like fire being blown up and down by the wind. The long fading in and out of sustained notes portrays light moving around in space or passing us by. In its attempt to explore different kinds of energy, Illuminations exploits the paradoxical idea of slow music in a fast tempo.