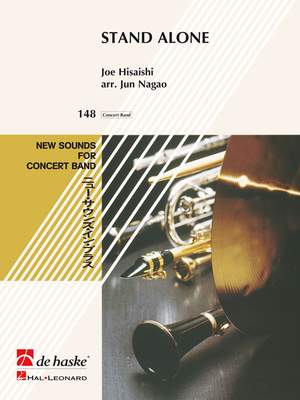 Joe Hisaishi is a highly sought-after film score composer in his home country of Japan. Among his numerous movie scores are several for anime fi lms. Anyone who watched the 1998 Nagano Winter Olympics heard his work, whether they knew it or not, as he composed the music for the opening ceremony. Stand Alone is an emotional song written for a Japanese TV-series, recorded by none other than Sarah Brightman. (She even sung in Japanese!) Joe Hisaishi’s music can now be enjoyed by an even wider audience thanks to this arrangement by fellow countryman Jun Nagao.