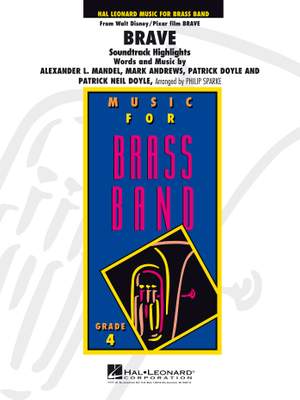 Patrick Doyle, who has already been nominated for an Oscar and two Golden Globes for is fabulous film music, created the soundtrack for the Disney/Pixar film BRAVE. The Brit, Philip Sparke, was inspired by the sometimes powerful, other times lyricaland in part celtic-flavoured melodies to put together a stylish medley for concert band, in which the following tunes appear: FATE AND DESTINY, THE GAMES, MERIDAS HOME, NOBLE MAIDEN FAIR (A Mhaighdean Bhan Uasal) and TOUCH THE SKY.