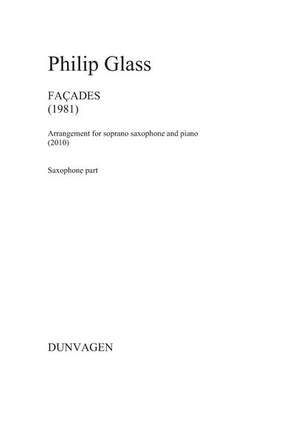 Facades was written in 1981, originally to accompany a scene in the film 'Koyaanishqatsi', which was eventually cut from the film. The title refers to the facades of buildings in the Wall Street area of New YorkCity.

Thisarrangement is for Soprano Saxophone with Piano accompaniment.