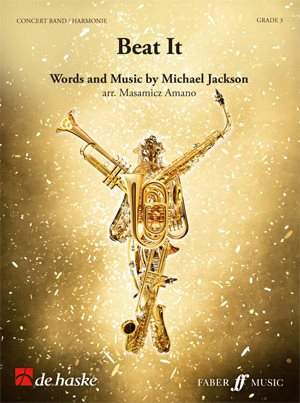 Beat It, is one of Michael Jackson’s most popular songs, awarded two Grammys for its commercial success. Seen by many as a rock song, Beat It was ranked by Rolling Stone magazine as one of the “100 Greatest Guitar Songs Of All Time.” Since its release, the song has been covered and famously reinterpreted by artists such as Fall Out Boy, Fergie and most recently Masamicz Amano, who has made this wonderful arrangement for concert band!