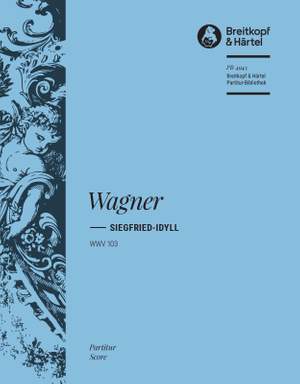 Richard Wagner wrote the Siegfried Idyll in late 1870 for the 33rd birthday of his wife Cosima. He broadly based it on motifs from the third act of the eponymous stage work. It was first performed on the morning of 25 December 1870 in the stairwell of the villa in Tribschen near Lucerne that was the Wagner familys home at that time. On the title page, Wagner boldly designated the work as Tribschen Idyll with Fidis birdsong and organ sunrise (Fidi was the pet name of son Siegfried, who was born in 1869). The effective piece conquered the international concert podiums as soon as it was printed in February 1878.