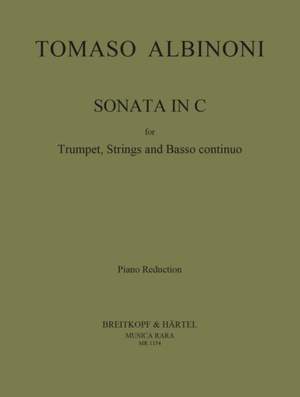 Albinoni’s "C major Sonata" had been preserved unpublished in the Austrian National Library until 1968. Written in the style of the four-movement "sonata da chiesa", the work allows the soloist to display the full range of his talent in the fast movements. The second movement recalls Charpentier’s well-known "Triumphal March". The trumpet is silent in the two slow move-ments, which was customary for Italian trumpet sonatas in the 17th century.