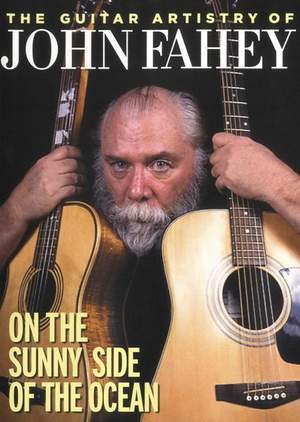 One of acoustic music’s true innovators and eccentrics, John Fahey was a crucial figure in expanding the boundaries of the acoustic guitar over the last few decades. His music was so eclectic that it’s arguable whether he shouldbe defined as a “folk” artist. In a career that saw him issue several dozen albums, he drew from blues, Native American music, Indian ragas, experimental dissonance, and pop. His good friend Dr. Demento has noted that Fahey “wasthe first to demonstrate that the fingerpicking techniques of traditional country and blues steel-string guitar could be used to express a world of non-traditional musical ideas -- harmonies and melodies you’d associatewithBartok, Charles Ives, or maybe the music of India.” The more meditative aspects of his work foreshadowed new age music, yet Fahey played with a fierce imagination and versatility that outshone any of the guitarists in thatcategory. His idiosyncrasy may have limited him to a cult following, but it also ensured that his work continues to sound fresh.

Fahey was a colorful figure from the time he became an accomplished guitarist in his teens.Already a collector of rare early blues and country music, he made his first album in 1959, ascribing part of it to the pseudonymous “Blind Joe Death.” In college, he wrote a thesis on Charley Patton (an exotic subject at thetime). Yet Fahey did not perform publicly for money until the mid-1960s, after his third album. Fahey’s early albums for Takoma in the mid-1960s laid out much of the territory he would explore. His instrumentals, filteringnumerous genres of music into his own style, evoked haunting and open spaces. At times they could be soothing and plaintive; at other times they were disquieting, even dissonant.