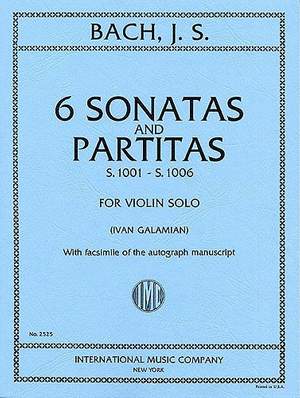 In 1717, Bach accepted a post as conductor and director of chamber music in the service of Prince Leopold of Anhalt-Cothen. The Prince employed a select Chamber Orchestra of around 16 players, and so for the 6 year duration of his service, Bach composed almost exclusiely secular, instrumental music. It was during this period that the 3 Sonatas And 3 Partitas were composed. After Bach's death, much of this glorious music was neglected, and the 6 Sonatas And Partitas were actually found in 1814 in St. Petersburg, among a stack of old papers destined to be used as wrappings in a butter shop.
This edition contains a facsimile of the original autograph.