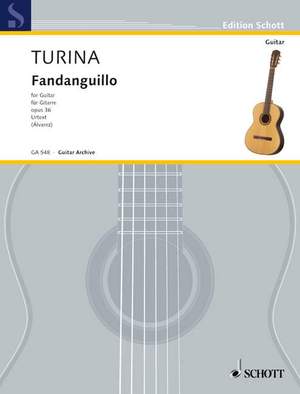 The Spaniard Joaquin Turina (1882-1949) was one of the first contemporary composers who, addressed by the outstanding guitarist Andrés Segovia, wrote contemporary original works for the guitar, thus paving the way for this instrument onto the international concert stages in the 20th century. Meanwhile, it is a known fact that Segovia often edited the musical text of the compositions written for him and arranged it according to his personal style of interpretation. Our new editions of Turina's most important works are therefore based on both the first editions and the original autograph versions, thus presenting for the first time the original text. Today, no performer can get around these new editions if he/she wants to deal with Turina's artistic legacy in a responsible manner.