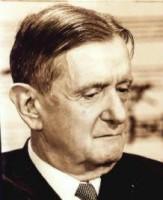 Georges Auric was a French composer, born in Lodève, Hérault. He was considered one of Les Six, a group of artists informally associated with Jean Cocteau and Erik Satie. Before he turned 20 he had orchestrated and written incidental music for several ballets and stage productions. He also had a long and distinguished career as a film composer.