James Francis McHugh was an American composer. One of the most prolific songwriters from the 1920s to the 1950s, he is credited with over 500 songs. His songs were recorded by many artists, including Chet Baker, June Christy, Bing Crosby, Deanna Durbin, Ella Fitzgerald, Judy Garland, Adelaide Hall, Billie Holiday, Bill Kenny, Peggy Lee, Carmen Miranda, Nina Simone, and Dinah Washington. 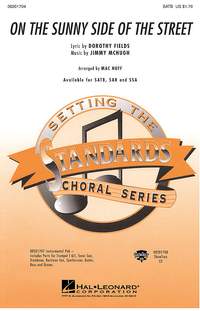 Qty Deal,  Jimmy McHugh: On the sunny side of the street

Offer,  Clarence Gaskill/Jimmy McHugh: I Can't Believe That You're in... 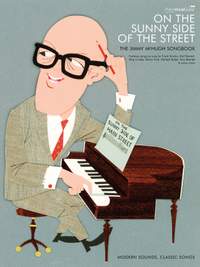 Jimmy McHugh: On the Sunny Side of the Street

Adamson, McHugh, Day: Comin' In On A Wing And A Prayer

McHugh, Gaskill: I Can't Believe That You're In Love

McHugh, Fields: I Can't Give You Anything But Love

Fields, D: I Feel A Song Comin' On

Adamson, H: I Love To Whistle