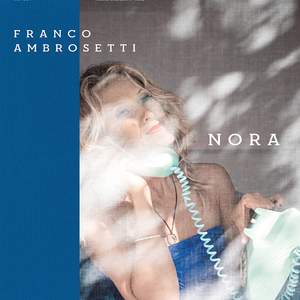 Ambrosetti’s long, unhurriedly floating lines, his aching upward reaches and rueful low confessions add up to a heroically conclusive statement, and it’s set in gold. — Downbeat, January 2023, 4 and a half out of 5 stars

Growing up in Lugano, Switzerland, the son of a pioneering bebop alto saxophonist on the 1940s European jazz scene, a teenaged Franco Ambrosetti came under the sway of his father's heroes - Charlie Parker, Dizzy Gillespie and Clifford Brown. They became his heroes too as the aspiring trumpeter began emulating their blistering chops and visceral abandon. Now, at age 80, Franco is following a different muse. After nearly 40 albums as a leader, he has reached a point in his career where caressing each note is more important to him than showcasing chops. "When you're in your 20s, you want to play as fast as you can and as high as you can, like Clifford," he said. "But somewhere after turning 50, then you concentrate on more important things and you try to say something with just a few notes, but the right ones, like Miles Davis did."

Franco plays all the right notes in typically elegant fashion on 'Nora'. Backed by an all-world group of pianist Uri Caine, bassist Scott Colley and drummer Peter Erskine, with a guest turn by guitarist John Scofield, plus Grammy-winning pianist-arranger Alan Broadbent conducting a 22-piece string orchestra, Ambrosetti plumbs the depth of emotion on this program of romantic ballads, delivered with rare intimacy and grace. Possessing a golden tone on flugelhorn, he ruminates and tells stories on each of these melodic gems.