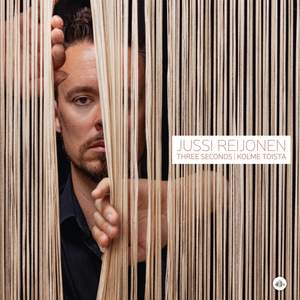 III. The Weaver, Every so Often Shifting the Sands Beneath Her

"As I write these notes sitting on my balcony in July 2022, it has been more than 9 years since the release of my debut album and more than 11 years since it was recorded. The time since has been a personally tumultuous period of twists and turns retreat, reflection, realization, reassessment, therapy, triumph, trial and error entangled in a decade-long creative block that had me questioning whether I would ever be able to compose again. Though I felt there was so much I wanted and needed to say, I felt I had lost my voice, or perhaps never had one in the first place. A constant knot had grown tighter and tighter within me over time, but I did not understand what had created it or how it might be undone. In 2018, shaken awake by the collision of two transients, I suddenly saw in a new light old patterns whose familiar presences I realized I had felt for much of my life, but had until then never seen for what they were. Following a third, I finally found the humility to surrender, and as I began re-examining and confronting myself, I slowly started to discover new answers and new questions to ask. Then the Covid-19 pandemic happened, and the world stopped. Like so many of us caught in the new eerie calm, I retreated into inner spaces. I began revisiting sketches of ideas I had accumulated over the years, and finally, very, very slowly, new music started to come. " - Jussi Reijonen