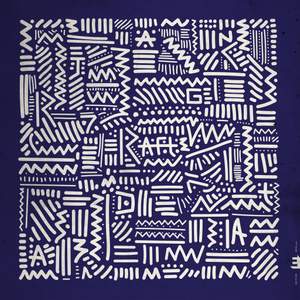 Portuguese pianist and composer Mário Laginha is one of Europe’s best kept secrets. Having established himself as one of the most celebrated musicians in Portugal, playing extensively with the likes of Maria João and Julian Argüelles, his new album Jangada on Edition Records is set to open his music to new and wider audiences internationally.

Mário's music inhabits a space between the two worlds of jazz and music from the African continent, which has had a profound effect on his writing and shaped his music both rhythmically and sonically. Classical music has also played a significant role in his approach to the piano with a wonderful floating poise and Chopin-like elegance to his playing. Jangada, meaning raft, originates from the idea of ‘picking up pieces of driftwood and binding them together to form a whole.’ It’s a beautiful metaphor that describes the organic collation of influences that are channelled into the music. Consisting of eleven original compositions by Mário, the album is harmonically rich with a delicate warmth. There’s also something very exploratory and searching, a sense of adventure and impulsive restlessness. Jangada is the album that will open up new ears and hearts to Mário's music and set him on a course to become one of the most legendary European musicians of his generation.