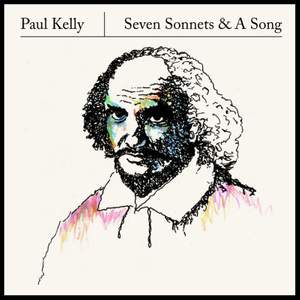 Paul Kelly is one of Australia's pre-eminent singer-songwriters and wordsmiths, so it's no surprise that his most treasured possession is his 20kg three volumes of the "Collected works of William Shakespeare". The works within those pages have served as a deep influence throughout his 30 year career and have now found more direct expression in "Seven Sonnets & A Song". "Seven Sonnets & A Song" features Paul singing lead vocals on 6 of Shakespeare's sonnets and a song from Twelfth Night. The only non-Shakespearian piece is "My True Love Hath My Heart", written by his contemporary Sir Philip Sidney and sung here by Vika Bull. The record will be available digitally and as a 10" vinyl.