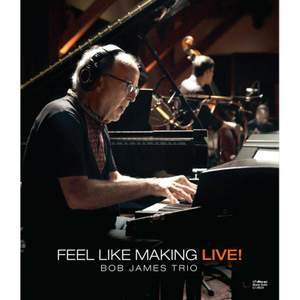 This new jazz trio live-in-the-studio concert film was stylishly filmed in 4K and recorded in high resolution audio and is available as a MQA-CD with blu-ray beautifully packaged in a deluxe digi-folder with a 36 page booklet.

MQA is an award-winning technology that delivers the sound of the studio. MQA-CD plays on all CD players. When a conventional CD player is connected to an MQA-enabled device, the CD will reveal the original master quality.