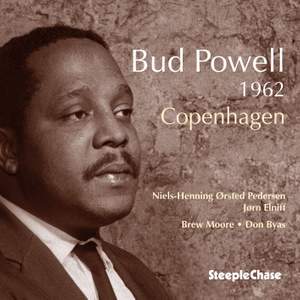 Bud Powell was "the foundation out of which stemmed the whole edifice of modern jazz piano" (Herbie Hancock) and "the greatest be-bop piano player in the world" (Hampton Hawes).

Though his life was short and troubled (1924 - 1966), Bud found some solace and tranquillity during the years (1959 - 1963) he lived in Europe (mostly in Paris). The recordings that make up this album are from March and August of 1962 from Danish Radio Concert Hall and Jazzhus Montmartre in Copenhagen. However battered mentally and physically the man was, here's the clear evidence of his genius more intact than generally believed.