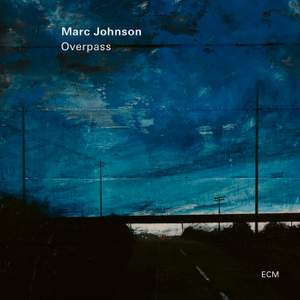 The eight tracks are generally quite straight-ahead with, interestingly, only the items featuring bowed bass being also the ones with some overdubbing of pizzicato backings. Otherwise, even those... — Jazzwise, October 2021, 3 out of 5 stars More…

North, A: Love Theme from Spartacus

Johnson's experiments with the bass and its potential as a lead voice began during his tenure with the Bill Evans Trio, where his nightly solo feature on "Nardis", Miles Davis's tune, inspired him to new ideas. "Nardis" is revisited on this studio album recorded in Sao Paulo, Brazil, alongside Alex North's "Love Theme from Spartacus" (another Evans Trio favourite), Eddie Harris's "Freedom Jazz Dance" and five Johnson originals including "Samurai Fly", a recasting of "Samurai Hee-Haw", which Marc previously recorded for ECM with his Bass Desires band and with the John Abercrombie Trio.

The eight tracks are generally quite straight-ahead with, interestingly, only the items featuring bowed bass being also the ones with some overdubbing of pizzicato backings. Otherwise, even those that are moody rather than jazzy are played with conventional means, and the two standards manage to incorporate backing and improv simultaneously.