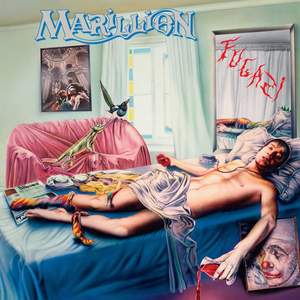 In March 1984, Marillion released their second studio album 'Fugazi', which went on to be certified Gold and reach number 5 in the UK Albums Chart. The classic album spawned two singles, 'Assassing' and 'Punch & Judy', both reaching #22 and #29 on the UK Singles Chart, respectively. This deluxe 4LP set opens with 2021 remixed stereo versions by Andy Bradfield and Avril Mackintosh, who also remixed the deluxe editions of 'Script for a Jester's Tear' and 'Clutching at Straws'. It also includes a show from The Spectrum, Montreal, Canada, recorded in 1984. The performance includes fan favourites from both 'Fugazi' and their debut album 'Script for a Jester's Tear' in the form of tracks such as 'Jigsaw', 'Incubus', 'He Knows You Know', 'Chelsea Monday', and much more. It also features a performance of the B-side 'Charting the Single'.