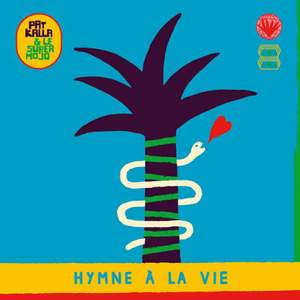 Pat Kalla & Le Super Mojo are an 8-piece band based in Lyon, France. They play a unique fusion of Afro funk, Makossa, Cumbia... and Chanson Franaise. Their second album is produced by Guts and released on Pura Vida Sounds / Heavenly Sweetness.

The French poet, musician and singer Pat Kalla, is the successful voice of Voilaaa, the afro disco funk project of Bruno Hovart a.k.a. Patchworks!

A joyful and sunny album, the solution to today's gloomy atmosphere! Featuring David Walters, Djeuhdjoah, Lieutenant Nicholson and Lass. With artwork by the artist Felix.