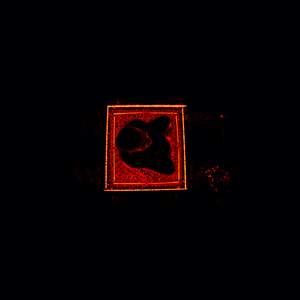 The mind's machinery grinds with great complexity, but Second Lives suggests that happiness comes from worthwhile or creative activity. Costello uses every degree of shading in his writing to... — Allaboutjazz.com, 22nd May 2021, 3 and a half out of 5 stars More…

Drummer and composer Graham Costello formed STRATA in 2016 - an ensemble which brings together stylistic elements of minimalism, jazz and noise bands whilst channeling a strong DIY ethic. This ethic came from Costello's involvement in the Scottish DIY/indie scene, growing up touring all over Europe with noise rock and electro-psych bands, and experiencing the amazing warmth and breadth of the continental independent music scene. It was his formal studies in jazz that then led to the conception of STRATA - a band that would bring the two worlds together.

This energy of noise rock, the organic improvisation of jazz, and the hypnotising patterns and feel of minimalism has been described as "a meteorite on the scene in Scotland and beyond." (The National) 2019 brought the release of their debut album "OBELISK", which was nominated for the prestigious Scottish Album of the Year Award. It garnered much attention from the UK press and further, receiving 5-stars from The Scotsman and strong accolade from the likes of Clash Magazine, who called it "startling, groundbreaking...it explodes definitions to seize fresh space".

With Costello subsequently signing to Gearbox Records (Binker and Moses, Abdullah Ibrahim, Theon Cross, Sarathy Korwar), he released two one-off singles during 2020 whilst working on his second album with STRATA. Now finished, it is due for release this year."

The mind's machinery grinds with great complexity, but Second Lives suggests that happiness comes from worthwhile or creative activity. Costello uses every degree of shading in his writing to realise the joy of reflection and an acceptance of sadness. On this emotive album he fully conveys his personal feelings and convictions.